The name leaps across into English, dragging erroneous connotations of marrowbone and stick, the defiant chant of “sticks and stones” ringing among its misinterpreted syllables. But pseudo-etymology contains a truth: everything here is about attack and defense. A zigzagging wall like a miniature Great Wall of China sutures the green mountain slope with jagged earth colors; a toy-like castle seized from a northern fairy tale punctuates its steeply meandering sentence with a full stop at the summit. That crenellated stare reaches everywhere, bristling like the spiky word itself. There are two castles: an upper and a lower, a quicker and a slower, a hermit and a glad hander. Both are warily regimental. One spies the sunrise and sunset first and shouts in burnt sienna like a scout. The other is pink after a few drinks and occasionally blurts, “Come in.” That chessboard out front like a welcome mat has been swept clean, awaiting sun and shadow, rookless geometry at loose ends, ready for a mathematical shoot-out. The square contains a square that contains sixty-four squares: it’s all about containment. I think I am in Arabia or California because the earth is so unprotected from the sky. Little spectator cafés are closed for the afternoon, their chairs stacked like so many black-and-white insects on their backs. In the lower castle, there are faded paintings from the fifteenth century on walls decorated with a pattern of rose-orange flowers. Here age is not an opponent to be outwitted and captured, but part of the honorable company of desperate and wary things. Buildings and people stand as equals in a caressing light that is western, arid, and clear. A defunct little train station without a train sleeps in the sun, patched with signs, with words from a language that has veered away from Latin and yet contains its fossil imprint, its vestige. Sounds drift through time, are stabilized a little while, then vanish, to be guessed at by the sluggish trilobite of the ear.
Peaks to the north seem to have been dipped in honey—the “sticky” in Marostica—attracting a swarm of huge flies, or eagles, their size distorted by distance. A closer look proves the swirling shapes to be descendants of Leonardo’s flying machines, hangliders in phosphorescent colors, going round and round like a kettle of hawks on an updraft, each with an antlike dot suspended below. Cradles for windcatchers, dandlers of daredevils. Further north, the slopes zoom up, sheer chipped reaches of shattered rock, with tiny-headed pines at their acme. Big, draggy clouds sweep back and forth far above, skimming crags pale as old sea cliffs. Villas are sunk in valleys of eternal shadow. I prefer the plateau, the sun-thralled castrum, with its panoramic view, its simple stage set of day and night, shadow and light. There you can wait, clear-eyed and alert, for the checkmate that is coming. 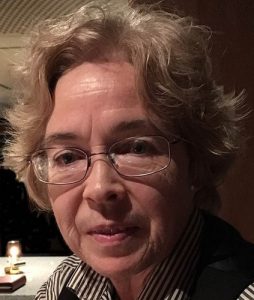