Drawing on a history of eccentrics before her—from John Skelton through Shakespeare’s fools, to Marianne Moore, Sylvia Plath, Kay Ryan, and Dr. Seuss—Hailey Leithauser has followed up her 2013 debut, swoop, with a second poetry collection, Saint Worm. The difference between the titles is telling. The word “swoop” captures an energetic and sudden motion, like the way Leithauser’s thinnest lines plunge down the page and across unpredictable syntax. From swoop’s “Mockingbird”:

No other song
or swoop (part
quiver, part swivel and
plash) with
tour de force
stray the course note
liquefactions
(its new,
bawdy air an
aria hangs in)

No other song “lifts up” the dawn more. The exact syllable counts vary. Words may be broken across a line. Lines will be split. Other poems will risk an exclamation point. The word swoop, however, also carries a dark underside: Leithauser has noted that it spells “dooms” upside down. One thinks of why a bird often swoops in the first place: to catch its prey. Despite an energetic style, then, Leithauser has never simply been cheery. In Saint Worm, her darker side surfaces. The collection’s third poem, “Octopus,” ends with a beautiful but quasi-surgical, quasi-funereal scene: “I ate / two diced and salted on a shell thin plate / of pale, petal-stenciled trim, / and orchid white.” On the facing page the speaker herself becomes food: “I shall name the worms / who feast on me.” There’s still plenty of cheer and beauty in the volume, though. “Rrribbit” praises the toad for its poetic achievement: “So rarely does music / so clearly resemble / the creature who makes it.” But increasingly, Leithauser presents sobering—not stylistically sober—poems on mortality.

Leithauser’s style is what strikes a reader first, particularly the intertwining of its lexis and music. The opening line of “Coronation”—“All hail the noggin with the diadem!”—exemplifies this combination. Variously, the poems’ diction is lofty, low, scientific, precious, and grotesque. We can’t predict quite when Leithauser will drop in a medicalized reminder of death’s slow creep (“triglycerides”) or a twee Britishism (“posh,” “tiddled”), but we can be sure a poem will contain some such vertiginous mix. This wide-ranging diction provides unlimited resources for sonic play: she packs her work with repetition of vowels, consonants, root words, even the same word multiple times in a row (“yellow, yellow yellow”; “abandons, abandons, abandons”). Almost every word echoes or anticipates another. Interspersed poems in the volume titled “songs”—recalling the songs of Shakespeare’s fools, fairies, and gravediggers—are a playground for sound and sense:

Tickle a backside, pal, fiddle the wrist,
hither then sterling, then amethyst, onyx.
Eager spills eel-skin, python, seal-leather,
platinum and plate, all cabbage, all cheddar.
I say to the cutpurses: Straighten, and sing.

It’s delightfully ironic that a “Pickpocket Song” shows Leithauser’s style at its richest. Or maybe it’s apt: the vocal exuberance materializes the spoils. A vocabulary that spans “fiddle” and “cutpurses” to “eel-skin, python” affords ample opportunity for glittering patterns of alliteration and vowel-rhyme. The very fact that Leithauser doesn’t limit herself to colloquial language lets her create such elaborate sound patterns.

A reader could call Leithauser’s style lyrical, in the sense of musical. But she doesn’t write many “lyric poems” in which a character-persona (an “I”) narrates a moment, reflects on it, then derives an insight from it. Saint Worm’s poems instead borrow their presentation from riddle, prayer, spell, paean, admonition, fairy tale, and definition, in addition to Shakespearean song. Descriptions are often presented as a kind of evidence. Like other poems in the volume, “Ouroboros” defines its title:

Ouroboros, old chap,
made of his ass a snack

and of that made a wheel
in which he blended all

Leithauser’s treatment of the ancient symbol of infinity—a snake eating its own tale—shifts fast across four slant-rhymed couplets. The tone of the first couplet is irreverent. The second couplet is flat yet resonant, paving the way for the third to summon the sublime. The poem ends as it begins—with Ouroboros’s body looped—but this time the poet sounds sincere. Her strong iambs and asyndeton stretch unto infinity. One gets the impression that the poet is wary of cliché symbology but finally willing to suspend disbelief. Sidestepping personal lyric, the poem lacks an “I” and represents no scene, but the relation of the style to the material conveys a personal stance.

The disjunction between style and material is particularly potent when Leithauser writes on mortality. In Saint Worm, this is a strength: it leaves the reader queasier about mortality than a straight treatment would. Suggestions of a heart problem subtly pepper swoop. Saint Worm goes further: the short first poem, earning an entire section of the book, is titled “Arrhythmia.” Sometimes, the poems represent fanciful threats. “Hsss” warns that, “Whether pricked inner tube, / snake uncharming or flat / eared cat, it’s still warning.” By the end of the poem, sibilance has become a sibyl, threatening to “rain war upon you.” Other poems have fanciful origins but terrible implications. “Slow Danger” wittily finds its title in a road sign. But while the road’s danger is actually sudden—a split line swerves around “Death! Death! / there in the right lane”—life presents slow but unavoidable dangers: “butter-fed heart operating just slightly / off-beat,” “well-mannered / amyloid splatters” and “gray triglycerides.” The speaker labels these threats “nicer, politer.” But the reader’s heart will skip a beat at the conclusion:

evenings of reason preceding
with no hurry to spell out or dwell on
their red-flagged conclusion.

In no hurry itself, the grammar suspends “preceding” from its object “conclusion” for more than a line, but it cannot do so indefinitely. The end of the sentence, poem, and life are inevitable. As the poem “Message” commands us: “know fear, / old friend.” After reading Leithauser, you know old fears anew. Her preoccupations are much darker than her brilliant stylistic play, but this friction makes the fear of mortality immediate and visceral.

Saint Worm’s most prominent poems on mortality present a counterpoint to swoop. In that first collection, the body’s raw physicality inspires a series of poems on female sexual desire. In Saint Worm, it inspires a series about worms eating the dead. The topos is not novel, of course. An epigram to “Fat Worm” quotes Hamlet, who concludes that death is the great leveler: “We fat all creatures else to fat us, and we fat ourselves for maggots.” But in Leithauser’s twist, the worms disagree: death can even invert hierarchies. In poems voiced amiably by the worms themselves, the most debased human tends up more cherished than a saint. One worm chats about eating a sin-eater, that is, a person who absorbed the sins of others so he could get to heaven but thereby damned himself. The gentle sin-eater is plump as a prize pig and mellow as a fine wine: “A sturdy, well-set fellow, / the mellow sort / who’d pluck a kitten / from a tree / or walk / a zig-zagged, rain- / soaked bully- / ragging bibber / ten blocks to his door.” The saint, however, elicits only complaints: “A fȇte for / fleas, / perhaps, / or nits, / but for the rest / of us he / was a piteous dis- / appointment.” What’s left is only a “pith.” The sin-eater’s benevolence makes him more delectable than the saint’s trappings of religiosity (the fancy coffin is an “alabaster / box”). But it’s hard to say what consolation the tastes of a worm gourmand provide a human. Leithauser’s vision of death in Saint Worm is material and final. Her playful premise, however, eulogizes man in the unlikeliest way.

One possible argument about the style of Leithauser’s first book, suggested by Stephanie Burt, is that the material exuberance of sound, words, and letters offers a stay against nothingness. Burt posits this idea in her 2014 essay on “Nearly Baroque” poetry, a label that provisionally groups writers who prefer the “elaborate,” “contrived,” and “intricate” over the minimalist or idiomatic. For Burt, Leithauser’s work in swoop is some of the most ornamented of the bunch: “poets do not come much lighter than Hailey Leithauser, whose first book is nearly Baroque—and more nearly rococo—in its playfulness, its confections of wordplay.” But such lightness could also ward off nihilism. Summarizing the disposition of the poets she calls“nearly baroque,” Burt comments that the emphasis on “delight in our alterable material world” can “also become a defense of something instead of nothing, a way out of nihilism.” Since 2014, however, Leithauser’s poetry has drifted away from this line, becoming even lighter (one poem gives the worms names that could have come out of a children’s book: “Eloise and Dot, / Old Alphonse, / and Cecily”) but also more nihilistic (the poem “Bookworm” stresses that not just bodies but writing, too, will be consumed). In Saint Worm, the ornaments of Leithauser’s style don’t distract us from nothingness; instead, they strew with flowers the path to nothingness. Yet, finally, might a materially committed stylist accept leaving materiality behind if doing so doesn’t accept nihilism? Across a volume with a bleak vision of mortality, there are hints that Leithauser yearns for the release into the sublime that only mortality delivers:

Many nights I talk in silence to the stars.
only I and the dim, distant fires,

none else to throw a shadow on the shadowed ground. 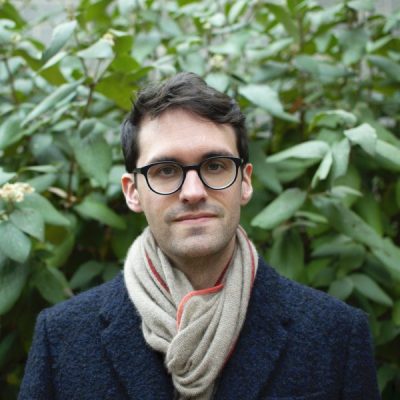 Scott Bartley’s writing on poetry has appeared or is forthcoming in Southwest Review, Literary Matters, Boston Review, AGNI, and Literary Imagination. He is a PhD candidate in English at Princeton University. (updated 12/2019)