Laura Nagle’s translation of elected Letters, 1870 by George Sand and Henry Harrisse appears in the Futures portfolio in AGNI 94.

George Sand spent the tumultuous summer of 1870 far from the front lines of the Franco-Prussian War, at her country house in Nohant, some 150 miles south of Paris. The subject of her regular correspondence with her friend Henry Harrisse, a French American lawyer and historian living in Paris, turned abruptly from book reviews and literary gossip to the news of the day. He explained how the approach of Prussian forces and the fall of the Second Empire were affecting everyday life and politics in the capital, creating conditions that would ultimately give rise to the Paris Commune; she told him of the widespread heartache and outrage in rural France when men who had completed their military service were once again called to active duty.

While reading their personal testimony, I was struck by the relevance, a century and a half later, of Harrisse’s reflections on the ephemerality of nations’ relative power. He laments an “artificial prosperity” that could prove to be the downfall of “great nations” and envisions the development of a European Union-like institution. Likewise, when Sand discusses the rural population’s vulnerability, she alludes to a sadly familiar convergence of political, economic, and climate factors. “For the man who has served his time in the military and returned to his plow, this return to the service is morally repugnant,” she writes, noting that the injustice to farmer-soldiers is compounded by the circumstance of “a disastrous year for the crops.” Encountering their words in 2020, I couldn’t help but relate to the compulsion to absorb and analyze an endless flow of bad news. Translating the letters didn’t provide an escape from the Covid crisis that was dominating both my personal interactions and the commercial side of my translation work, but it did feel like a form of commiseration.

As a reader, my expectation was that Sand’s writing style would differ from the tone of her novels, given that here she addresses a personal friend rather than a wide audience. Instead, I found in her letters a consciousness that she was communicating with a personal friend and a possibly broader audience. By 1870, Sand was in her sixties and had been famous in Europe for much of her adult life. She and her personal secretary had been maintaining an archive of her diaries and daily appointments for nearly two decades; the notion that her personal correspondence might someday be published could not have been far from her mind.

Once I began translating a selection of the Sand-Harrisse letters, another fundamental difference between personal correspondence and the works of fiction I’ve translated struck me: editing, or the lack thereof. In a text that has gone through multiple rounds of revision, stylistic choices have been honed over time, whereas these letters are not only first drafts but were in many cases written in haste, as the writers were wary of looming disruptions to postal service. I do not imagine that the views expressed would be any different had Sand and Harrisse revised these letters—both are firm in their political and philosophical outlook—but there is an uncharacteristic awkwardness on Sand’s end. Her letters are peppered with pithy observations in keeping with the notion that she is writing for posterity (“War is a blind deity. It respects not the labor of art, the toil of the mind”) and incorporate banalities that border on cliché (“I do not know whether we will have civil war. I hope not”; “I am saddened but not defeated”).

These dramatic, seemingly illogical shifts in tone initially made it difficult for me to render Sand’s voice in English. I found it particularly troublesome to see important personal news, such as her beloved grandnephews’ departure to fight in the war, relegated to a postscript. Ultimately, the fact that I was translating these letters in fall 2020 helped me understand why Sand’s thoughts appeared so disorganized on paper. I had become an aunt a few months earlier and was keeping a journal addressed to my niece, answering the questions she might someday have about her birth year. (Not least of these, I imagine, is the identity of the mystery woman photographed in the backyard with her: me, my face obscured by a mask and an overgrown haircut.) When I caught myself adding, at the end of a long entry about news of vaccine trials, that a friend was in the hospital, I realized I was pulling a George Sand. Surely my friend (who, fortunately, recovered quickly) ought to have been the focus of my personal account, while news reports that my niece will someday be able to read for herself could have been mentioned in passing, if at all. It occurred to me that Sand and I—a century and a half apart—were experiencing the same kind of brain fog in response to times when the flow of bad news is constant, everything appears an emergency, and the skill of emotional triage is in short supply. That realization helped me fight the urge to smooth out Sand’s abrupt transitions and half-finished thoughts, and instead to highlight the contrast between her more insightful observations and the raw, unadorned language that reflects her anxiety.

By contrast, Henry Harrisse writes with unfailing deliberation, even when he conveys strong emotions and a sense of urgency. He expresses tender affection for Sand and her loved ones but is clearly mindful that his friend is also a famed woman of letters; throughout their correspondence, he seeks to impress her with his intellect. He puts the crisis in a historical frame from the start, writing, “France is only ever fully cognizant of itself—of its strength and, I dare say, of its mission—when it finds itself at the brink of the abyss.” Most of his letters are longer and more detailed than hers, full of clearheaded observations about public opinion in the capital and shockingly prescient predictions about Europe’s political future.

Harrisse’s identity and perspective, though, are anything but straightforward. He was born in Paris in 1829 and grew up there, but spent the first two decades of his adult life in the United States, where he became a citizen. He taught and practiced law in New York, Chicago, and the Carolinas, and made occasional forays into writing and literary criticism. He continued his legal career after returning to Paris in 1866, but also socialized in literary circles and published several volumes of nonfiction (in French, English, and Spanish) about European explorers in the Americas. In his letters to Sand, Harrisse comes across as both an insider and an outsider. A highly educated and well-connected person, he writes about events he has witnessed firsthand, yet what he emphasizes—what he suggests is the greatest value he has to offer—is his relative objectivity, having observed European relations from afar, for decades. (Indeed, these letters were published posthumously, in a volume of Sand’s personal papers, under the title Correspondance avec un ami américain.)

Having spent the first half of the 1860s in the U.S., Harrisse has an immediate and visceral reaction to the prospect of “civil war.” While Sand merely states that she hopes matters will not devolve to such a degree, Harrisse expresses certainty that “atrocious and pointless” violence is inevitable and that the people of Paris are about to “witness harrowing scenes.” He has the means to leave and seek refuge in the countryside, but vows to remain in the capital as a witness to history: “I have a presentiment that not all the patriots will be on the ramparts, and that services shall be required in the streets. . . . The country’s very existence is in question, and the thought of leaving is far from my mind.”

The artfulness of Harrisse’s prose both complicated the translation process and gave me freedom in confronting its challenges. He has a penchant for winding, paragraph-long sentences that feature vivid metaphors, multiple clauses, and what some editors would consider an overabundance of commas. In many contexts, I would opt to divide such passages into two or three sentences; what comes across in French as mildly long-winded is often perceived in English as unwieldy, even borderline incomprehensible. But in Harrisse’s case, there is a stark contrast between the structures he employs in different circumstances: long sentences are reserved for his own theories and predictions, while factual news is conveyed in terse statements and an occasional sentence fragment. The paragraph-length sentences give a vital window on his thought process. This shift in how I perceived his writing style convinced me to translate the large chunks of text as single sentences, but to allow myself latitude in rephrasing them, to prioritize the forcefulness and clarity of his ideas over the specifics of syntax.

The contrast between Sand’s and Harrisse’s styles heightened my sensitivity to each writer’s idiosyncrasies. This was my first time translating letters, and striving to capture the correspondents’ distinct voices gave me a new appreciation for the different kind of access to historical events that personal correspondence can provide. The truism that history is written by the victors is often misquoted and debated, not least because it treats history as a singular noun. In a literal sense, though, histories are being written constantly, in real time, by ordinary people who interpret earthshaking events through the lens of their own circumstances. Letters like Sand’s and Harrisse’s present no neatly wrapped narratives for the benefit of future generations, but as we live through our own turbulent moment, there is a form of fellowship and empathy to be found in the personal accounts of people experiencing past conflicts and crises. 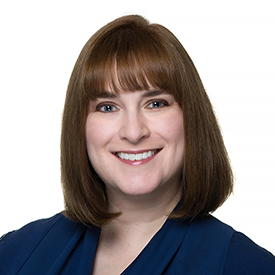 Laura Nagle is a writer and translator from French, Spanish, and Irish. Her translations of work by the Bolivian feminist poet Adela Zamudio (1854–1928) recently appeared in The Los Angeles Review. Recipient of a 2020 Travel Fellowship from the American Literary Translators Association, she lives in Indianapolis. (updated 10/2021)