Tang poet Li Bai wrote his poem “Parting at Changgan” in the eighth century. Ezra Pound’s famous translation—“The River Merchant’s Wife: A Letter”—was published some 1,200 years later and 10,000 miles away, in his 1915 collection Cathay. Teaching Pound’s translation three years ago at University of Chicago, I—that is, Rachel—was struck by the epic challenge faced by any translator of this poem, but especially one not fluent in the original language. How could a translator bridge such immense distances without confusing or burdening readers, while also honoring the original? Part of the joy—and the difficulty—of translating Li Bai is creating access to otherwise potentially impossible (sometimes even to us, the translators) ideas, lines, and references.

Pound was not a reader of Chinese, and he acknowledges some of the limitations of his translation, first by subtitling it “After Li Po,” and next by adding “A Letter.” The notion that the poem is a letter imagines that its plaintive musings are intended to be read by the absent beloved, rather than just privately felt by the young wife who awaits his return. In any translation of this poem, her voice is rendered by a stranger—separated from her by thousands of miles and years—in a language she could not have known. Compelled by this complexity, and also by the distance between Pound’s perspective and that of a grieving teenage wife, I decided to take a detailed look at the relationship between the original “Parting at Changgan” and Pound’s Letter. First, I made my own grammatical trot. Then I called my dad, Ken, a scholar of classical Chinese. Over two and a half years of emails, phone calls, research, and conversations – about everything from the varied and specific poetic capabilities of individual languages to the differences between stilts and hobby-horses, gibbons and monkeys, gardens in the west and Western gardens—we delighted in considerations from the granular to the profound. We spent days on “churning water crashes” versus “churning waters crash,” and months on the tricky, conflicting meanings in Chinese and English of the phrase “even past our mortal days.” In the original Chinese, this line contains the words “dust” and “ash” (愿,同,尘,与,灰: wanting/hoping/willing, to be together, dust, and reaching, ashes), but we avoided “dust” and “ashes” since these are symbols of death for English speakers. In Chinese, dust is a symbol of mortal life on earth. 红尘 hóng chén, or “red dust,” is synonymous with the world of mortals. It felt like several trips around the planet before we landed on “even past our mortal days,” which, without incorporating Western symbols for death, seemed to convey at last the complexity of a meaning that extends through and beyond life. We had lively discussions not just about moving words from one language to another, but also about our own mortal lives, and beyond them, how love, our children, and the things we create (poems, for example, if we’re Li Bai; translations if we’re my father and me) outlive us.

Classical Chinese is written in characters that render visually the parallelism that is a core rhetorical element of Chinese poetry in almost all forms. For Tang poems like Li Bai’s, the layout looks like couplets of lines of five characters each, which, recited, are also exactly five syllables. The simple and orderly contained look of the rectangular couplets and quatrains on the page is deceptive; meanings overflow the tight lines of a Tang poem. Calligraphers have displayed artful variations of the regularity in renderings of these poems, and commentaries that have accrued over the centuries explore the depth of meaning and reference in every phrase.

From the archives in our Ann Arbor home, we unearthed books full of paintings and calligraphic renderings of Tang poets multi-tasking—drinking by moonlight while also writing and reciting their poetry (typically taking out their brushes and ink stones, grinding ink, and calligraphing their poems on paper, silk, or banana leaves). We, too, poured wine as we worked on and recited our translation, trying for an English-version echo not just of the glamorous Tang nighttime poetry ritual, but also of the way Li Bai’s efficient meter sounds in Chinese.

The aesthetic power of Classical Chinese poetry resides in the multiple meanings and allusions compressed into short lines and even into single characters; English morphology, built with Romanized scripts, can’t really mimic—either semantically or visually—this fundamental infrastructure of Tang poems. And the poetic traditions of the English language don’t readily enable its readers to tap into the referential reserve of Chinese poetic traditions. But what about the fact that this poem is about love and loss, narrated by a teenage girl desperately missing the boy who is both her childhood friend and her husband? What about her offer to meet him, and not even complain about the schlep? Those aspects—and the connection she feels to the natural world—felt familiar and accessible to us.

With no word from her husband (“For five months now, no you,” and “please send word”), her empathetic links are to “all of nature,” which “echoes the gibbons, crying out in sorrow.” So began our wild investigation of Ken’s trove of references on gibbons—acrobatic, small, and chatty apes. Gibbons in Chinese (“monkeys” in Pound’s translation) offer such numerous literary allusions that the great Dutch sinologist Robert van Gulik published an entire monograph in 1967, The Gibbon in China: An Essay in Chinese Animal Lore, a pioneering multimedia publication complete with recordings of gibbons wailing (such recordings are also available on YouTube, enjoy!). The sound is indeed inimitable. Of the gibbon’s iconic role in Chinese poetry, van Gulik writes: “As a form of anthropomorphism, the poetical gibbon is the carrier of human sentiments like anxiety or excitement in situations of danger…homesickness and longing for a lost lover or faraway friends. In short, the gibbon stands in for the troubles of life in general.” Meanwhile, in a poetic stroke of good luck, the English word “gibbon” retains a strangeness that can serve to remind readers of the unfamiliar landscape, language, and even the era of the original poem.

We tried to use English that reflects Li Bai’s tidy geometry, mostly by employing a staccato meter. This sometimes has the double effect of being at once true to the original and also oddly contemporary. Take our English lines: “At fourteen, I married you. So shy my face // never opened up, I just lowered my head // and watched the dark wall. You called to me // a thousand times but I never answered your call.” “Called,” “wall,” and “call” suggest the song of the rectangular stanza, while also feeling almost spoken—by a sixteen-year-old. We placed the word wanted in parallel at the ends of the lines: “At fifteen, I answered, looked up, unfurrowed, wanted // to mingle together, even past our mortal days, wanted,” because we wanted to grant adequate agency to the young wife, and to acknowledge her desire not just for her husband’s return and a connection to the world around her, but also for a way to express her sorrow and longing.

We stayed close to what we found the most profound elements of the original: a woman’s interior life and her love (nostalgic, geographic, romantic); butterflies losing their summer colors; gibbons and their cries; moss growing slowly but incessantly; autumn leaves falling before their time. And while our English-language translation can’t allow for the choreography of either the poem or the kind of performance of it that might have taken place on a moonlit night of Tang poets drinking and working, the experiences at the core of the poem stay universal. With vast happiness (and often hilarity), we translated Li Bai together in 2019, refreshing what connects our languages and lives, and echoing the poet’s original lines while finding ways to combine the compression and beauty of a Tang poem with modern English vocabulary and sensibility. As a father and daughter dedicated to collapsing distances of all kinds—including those between poets and scholars—we cherished the chance to talk with each other while also communing with gibbons and ghosts.

Kenneth DeWoskin is former head of Asian Languages and Cultures at the University of Michigan and the author of numerous books and articles on Chinese literature and cultural history, including A Song for One or Two and Doctors, Diviners, and Magicians of Ancient China. His early Chinese research interests focused on the classical language, literature, and aesthetics, as well as early Chinese science, technology, and medicine. (updated 10/2019) 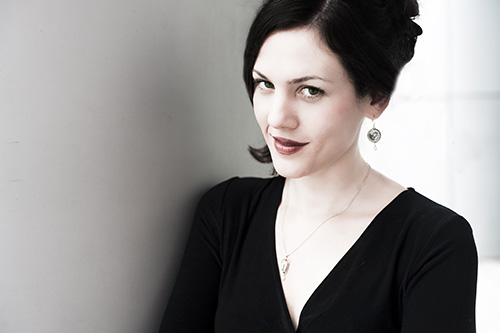