Back in the fall of 2010, while strolling around Echo Park Lake in Southern California, Adolfo Guzman-Lopez, a reporter for KPCC, an affiliate of NPR, asked me after the interview, “Do you know of any other published Salvadoran poets writing in English?” I was stunned. I quickly scrabbled the bottom of my brain for a face, an image, some sort of anecdote that could lead me to a name, but I had none. My lack of response said more about my knowledge and isolation than the presence of Salvadoran poets in this country. I mean I’m not on FACEBOOK. I don’t even have a Twitter account. I knew they were out there teaching, getting their MFAs, taking care of their families, but I just didn’t have the contacts.

This changed in 2014 when Kalina produced the anthology Theatre Under My Skin which collects not only the work of poets that reside in El Salvador and write in Spanish, but also the work of poets that have emigrated to the United States and write in the language of their adopted country. After receiving my contributor’s copy, I immediately sent Adolfo a copy and began not only to guttle the anthology but also to read the debut collections of some of these poets: José B. González, Leticia Hernández-Linares, Alexandra Lytton Regalado, Javier Zamora, and others not included in the anthology like Harold Terezon and Cynthia Guardado. I could go on, but there’s no point because the list will always exclude someone.

I found tremendous strength in these poems. They crossed the borders of diaspora; religious, political, war and migration stories that sometimes braid the dual language or the performative aesthetic. They underscore the experiences of Salvadoran identities caught between cultures and languages.

Here’s an excerpt of a poem by Javier Zamora, a poet whose experiences as a Salvadoran immigrant living in the U.S. is central to his poems. His first full-length poetry collection, Unaccompanied (Copper Canyon Press 2017), describes his experiences with border crossing.

Salvador, if I return on a summer day, so humid my thumb
will clean your beard of  salt, and if  I touch your volcanic face,

stain you with pollen. Every day cops and gangsters pick at you
with their metallic beaks, and presidents, guilty.

Dad swears he’ll never return, Mom wants to see her mom,
and in the news: black bags, more and more of us leave.

The poem personifies the country and begins a conversation that addresses the intricacies of the speaker’s relationship to his native land. It reminds me of the conversations we all have with our own countries; our countries as death, God, or our lover—a possible, pocketsize Canto General for El Salvador.

Here’s another excerpt, this one a quasi-sonnet, by Alexandra Lytton Regalado, a poet whose debut collection Matria, winner of the St. Lawrence Book Award (Black Lawrence Press, 2017), is a poetic sequence based on the Salvadoran Lotería.

…the man’s hooded eyes, as he watches from behind the wire
diamonds of chain-link, the whirling wrists of a teenage girl
in a majorette skirt fashioned out of half-inch-thick strips
of cut newsprint, the fringe swaying with her hips
as she twirls a baton of broken broomstick
in circles, wrist over wrist, and tosses it high as she
turns to catch it fanning behind her back…

Regalado’s poem is a snapshot of everyday El Salvador. It’s one long sentence and in its form the piece comes across almost like a postcard poem; concise, imagistic and direct in the way it engages all our senses. It captures a measure of humanity, displaying the beauty and violence that resides in such a small country.

So why the sudden rush of Salvadoran poets? Back in the nineties finding another Salvadoran poet was like hitting the lottery. You couldn’t believe your eyes that there was such a thing as a Salvadoran poet standing in front of you. It was a rare thing. Unfortunately it takes the current Central American immigrant issue and the unaccompanied minors narrative that brings these poets to the surface. Now it seems it’s all about timing and accessibility. As the new administration in the White House threaten to end TPS, a humanitarian program that has allowed nearly 200,000 Salvadorans to live and work in the U.S., the work of these poets seems more relevant than ever. After all, if you want to understand a culture and its people, you go to the poets. You don’t go to their politicians or generals, or businessmen. You read their poets.

Although the foundation of Salvadoran poetry is deeply rooted in the history and culture of the country, the poets who emigrated and write in English have contributed their own experiences and styles to the art form as well. This contribution is a new branch to the Salvadoran tree of poetry. At the same time, but most important of all, these poets are producing quality work with a fresh look on our current political climate. They are establishing a presence in contemporary American poetry, especially at the local and state literary cultures and movements. They are also complicating the definition of a Latino poet. When I started reading Latino poetry back in the early nineties I fell in love with their words. When I started writing, for a long time, I felt I had to write the type of poems that I could not find in journals or magazines. There was no such a thing as a poem about the complexities of the Salvadoran experience. And now I get to sit down with their work and read of and about my experience. I love the fact that these poems are the firsts of their kind. They are the first of the Mohicans. These Salvi poets are perhaps the first known Salvadoran poets of the United States.

Now I know there are more Salvadoran poets whose fine work has appeared in various literary journals, chapbooks and anthologies, such as The Wandering Song; Central American Writing in the United States, the first-ever comprehensive literary survey of the Central American diaspora. However, it’s a fact I should have known back in Echo Park Lake when Adolfo posed the question. After all, it is a common saying or knowledge that El Salvador is a land of poets and volcanoes. These poets have not only spread that knowledge, but have kept it burning. 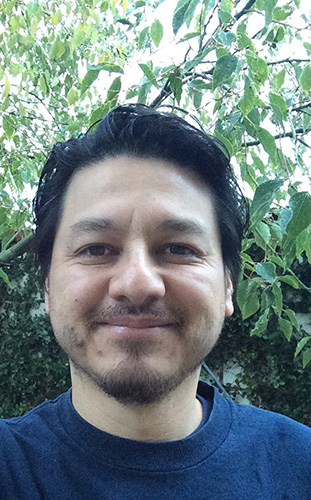 William Archila is the author of two poetry collections: The Art of Exile (Bilingual Review Press, 2009), winner of the International Latino Book Award, and The Gravedigger’s Archaeology (Red Hen Press, 2015), winner of the Letras Latinas/Red Hen Poetry Prize. His work has appeared in The American Poetry Review, AGNI, The Los Angeles Review of Books, Notre Dame Review, Prairie Schooner, Poetry, Tin House, and the anthologies Theatre Under My Skin: Contemporary Salvadoran Poetry and The Wandering Song: Central American Writing in the United States. He was featured in Spotlight on Hispanic Writers at the Library of Congress. (updated 12/2019)