Perhaps some distinctions are in order. Distinguishing the difference between prose and poetry may not be all that simple. There are many definitions, all of which may be correct. For the purpose of this essay allow me to set forth one of the many:

Prose is defined by its precise meaning that excludes ambiguity, surmise and misunderstanding. It never troubles the reader. To define it another way, prose is faulty if it lacks a coherent thrust guided by rules of logic, grammar and syntax. It will not tolerate contradiction. Poetry, on the other hand, is defined by its resistance to such rules. Poetry is ignited, brought to life by haunting, evasive, ambiguous, contradictory propositions. Writers move back and forth along this spectrum when writing fiction.

This is not to say poetry is more or less useful than prose. Rather, they are two separate and distinct tools, much the same as a hammer and a saw. They are different tools designed for different jobs. If an essay is called for, the reader wants certainty; exactly what the words you are now reading are intended to give. If, on the other hand, consolation for some great loss is called for, the reader needs more: a text that lights up fields of reference nowhere alluded to on the page. This calls for magic, for illusion, not lecture. Thus, one of the many definitions of poetry might be: Poetry: words that inform the reader of that which cannot be articulated. To be made whole, to heal, the reader needs to undergo an improved change in mood, a change made more effective if the reader doesn’t know why he or she feels better. That’s where poetry gets its power to repair; an invisible touch, ghost-like but as real as anything on earth. A reading of the masters, Neruda, Aleixandre, Celan…confirms that a text need not always have a meaning the reader can explicate. To that extent, it informs, without what we call meaning. It’s just that it takes prose to tell you this.

This is because prose is a telling of what the writers already know. They have a preconceived idea of what to write about. With poetry it’s the opposite. The writers have no preconceived idea with which to begin a poem. They need to first force the idea out of the brain, to bring the idea to the surface, to consciousness. With poetry the writer needs a method to find that hidden idea. If the originating idea wasn’t hidden and unknown it isn’t likely to be an important one. Let’s face it: any idea that is easily accessible has already been picked over. It’s all but certain to be a cliché.

To uncover this hidden idea for a poem the writers each have their own unique method. As for me, the idea for the poem evolves when an idea from a photograph is confronted with an obviously unrelated, disparate idea from a text (mythology or science) till the two conflicting ideas are reconciled as a totally new, surprising and workable one.

The efficacy of this method for getting ideas is documented at length by Wayne Barker, MD., who, in his Brain Storms, A Study of Human Spontaneity, writes:

“If we can endure confrontation with the unthinkable, we may be able to fit together new patterns of awareness and action. We might, that is, have a fit of insight, inspiration, invention, or creation. The propensity for finding the answer, the lure of creating or discovering the new, no doubt has much to do with some people’s ability to endure tension until something new emerges from the contradictory and ambiguous situation.”

Moreover, the self-induced fit is standard operating procedure in the laboratory. Allow me to quote Lewis Thomas, who, in his The Lives of a Cell, describes the difference between applied science and basic research. After pointing out how applied science deals only with the precise application of known facts, he writes:

“In basic research, everything is just the opposite. What you need at the outset is a high degree of uncertainty; otherwise it isn’t likely to be an important problem. You start with an incomplete roster of facts, characterized by their ambiguity; often the problem consists of discovering the connections between unrelated pieces of information….You can measure the quality of the work by the intensity of astonishment.”

In a real way I, too, work in a laboratory. Every day at 9:00a.m. I arrive at a table in the local coffee shop, open a dog-eared book of photographs, open a text, and begin mixing all my materials together to find something new.

For the famous Walker Evans photograph depicting a migrant’s wife, I began:

This description went on and on till I felt I had drained the photograph of all its ideas. I then read the chapter entitled “On Various Words” from The Lives of a Cell. Photograph still in view, I then wrote down ideas from Dr. Thomas’s text. I began:

Words—bricks and mortar
Writing is an art, compulsively adding to,
building the ant hill,
not sure if each ant knows what it will look like when finished
it’s too big. Like can’t tell what Earth looks like if you’re on it.

This too goes on and on with whatever comes to mind while I’m reading. But all the time, inside my brain, I’m trying to reconcile what a migrant’s wife has to do with the obviously unrelated ideas on biology suggested by Dr. Thomas. I try to solve the very problem I created. Of course my brain is stymied and jams, creating a self-induced fit similar to the epilepsy studied by Dr. Barker. But that was my intention from the beginning.

The conditions under which I write are brutal. My brain is deliberately jammed by conflicting impulses. Its neurons are overloaded, on the verge of shutting down. I can barely think. My eyes blur. The only thing that keeps me working is that sooner or later will come the rapture of discovery; that the differences once thought impossible to reconcile, become resolved; so and so, once thought incapable of having anything to do with so and so, suddenly and surprisingly, has everything in the world to do with it. Or has nothing to do with it but can be reconciled with something else it triggered: one flash fire after another in the lightening storm taking place in my brain. 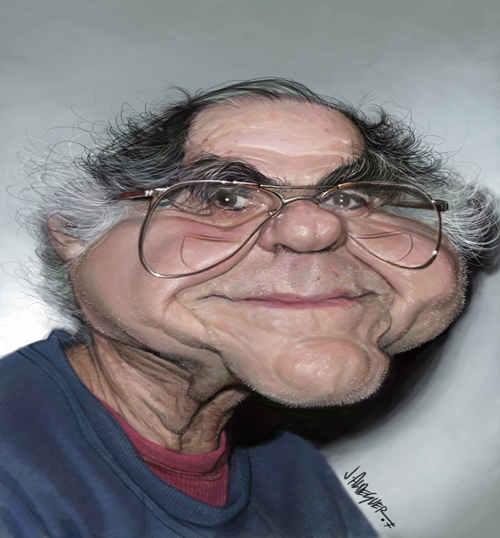 Simon Perchik is an attorney whose poems have appeared in Partisan Review, The Nation, AGNI, The New Yorker, and elsewhere. His most recent collection is Almost Rain, published by River Otter Press (2013). For more information, free e-books and his essay titled “Magic, Illusion and Other Realities” please visit his website at www.simonperchik.com. (updated 4/2016)