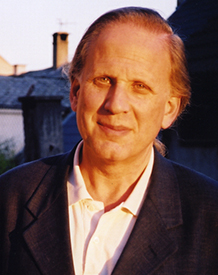 Roger Greenwald is an American poet and translator who grew up in New York and lives in Toronto. He is the author of three books of poems, most recently The Half-Life (Tiger Bark, 2020) and Slow Mountain Train (Tiger Bark, 2015). His work has appeared in such journals as Pleiades, AGNI, Copper Nickel, The Massachusetts Review, and Stand Magazine. He received the 2018 Gwendolyn MacEwen Poetry Prize from Exile Magazine and has won many awards for his translations from Scandinavian languages, which include North in the World: Selected Poems of Rolf Jacobsen (University of Chicago Press, 2002), Guarding the Air: Selected Poems of Gunnar Harding (Black Widow Press, 2014), and Through Naked Branches: Selected Poems of Tarjei Vesaas (Black Widow, 2018). (updated 1/2021)