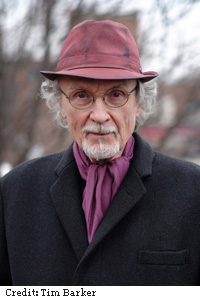 Robert Hellenga is the author of seven novels. The first, The Sixteen Pleasures (Soho, 1994), became a national bestseller after being rejected thirty-nine times. It has been issued as an audio book (Blackstone Audio) and reissued by Soho in a special twentieth-anniversary edition. His most recent novel, The Confessions of Frances Godwin (Bloomsbury, 2014), won the Society of Midland Authors Award for the best novel published in 2014 by a Midwestern author. His next book, The Truth About Death and Other Stories, will be published by Bloomsbury in 2016. (updated 10/2015)