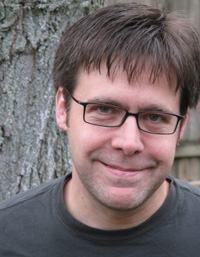 Mark Neely is featured in _AGNI’_s Emerging Poets Interview Series. His first book, Beasts of the Hill, won the FIELD Poetry Prize and was published by Oberlin College Press. He is also the author of a chapbook, Four of a Kind, which won the Concrete Wolf chapbook contest. His poems have appeared in Gulf Coast, Barrow Street, Indiana Review, Boulevard, and Salt Hill. He directs the Creative Writing Program at Ball State University. (updated 11/2013)

Read “Half Falling, Half in Flight: A Conversation with Mark Neely” by Eric Higgins in AGNI Online.