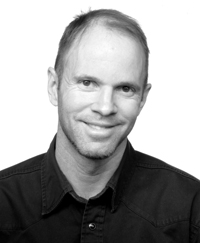 Joe Hoover is studying for an MA in Interreligious Dialogue at the Jesuit School of Theology in Berkeley, CA. He is a member of the Jesuits, the Society of Jesus. As an actor he has appeared in several productions in New York City and elsewhere. As a playwright he has had several plays produced in Omaha and New York. His essays have been published in The Cresset, AGNI Online, The Sun, and Best Spiritual Writing 2012. He has been active in the Occupy Oakland movement and has been writing essays for The Jesuit Post, a blog where Jesuit seminarians write about faith and culture. (updated 8/2012)

Essays
Bus
By Joe Hoover
Essays
Online 2006
Back to top