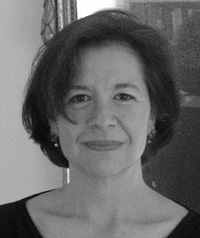 The most recent book by Joan Wickersham is the story collection The News from Spain (Alfred A. Knopf, 2012). Her poetry and prose have appeared in AGNI, The Hudson Review, Story, Ploughshares, Glimmer Train, The Best American Short Stories, and elsewhere.  Her memoir, The Suicide Index—two sections of which first appeared in AGNI—was a finalist for the 2008 National Book Award. She received a 2010 literature grant from the National Endowment for the Arts. She teaches in the Bennington Writing Seminars. (updated 10/2015)

Her AGNI story “The Boys’ School, or The News from Spain” was reprinted in The Best American Nonrequired Reading 2011.