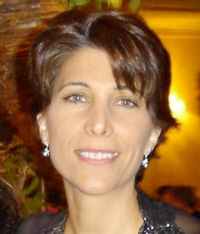 Debbie Danielpour Chapel writes fiction, screenplays, libretti, and essays. Her work has appeared in Salamander,_ AGNI_, Natural Bridge, and elsewhere. She has been a professor of fiction and film writing for over twenty years—at San Francisco State University, Emerson College, Harvard University Extension, and now at Boston University. She is currently finishing her second novel and working with a producer in developing her seventh motion picture screenplay. Danielpour holds an AB from Harvard College, an MA in film production and screenwriting from San Francisco State University, and an MFA in fiction and literature from the Bennington Writing Seminars. (updated 7/2012)