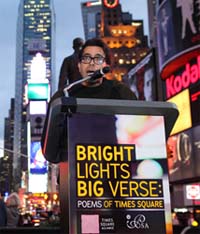 Ben Miller, an essayist and fiction writer, is the author of River Bend Chronicle: The Junkification of a Boyhood Idyll amid the Curious Glory of Urban Iowa. After attending Cornell College (Mount Vernon, Iowa) he entered the New York University writing program, studying under E. L. Doctorow, John A. Williams, and Luisa Valenzuela. His prose has appeared in The Kenyon Review, New England Review, The Yale Review, AGNI, Ecotone, Raritan, One Story, and elsewhere. Six of his essays have been cited as “Notable” in the Best American Essays anthologies, and another, “Bix and Flannery,” was chosen for the 2004 edition by Louis Menand. Miller’s awards include creative writing fellowships from the National Endowment for the Arts and the Radcliffe Institute for Advanced Study at Harvard University. In addition to writing new prose, he is collaborating with Brooklyn painter Dale Williams and coordinating his public art project Mural Speaks! in Sioux Falls, South Dakota, where he lives with his wife, the poet Anne Pierson Wiese. Miller will return to Harvard in 2017 as the recipient of a Schlesinger Library research grant. In 2018 he will become executive editor of the Fritz M. Bauer Library of Remembrance and Human Rights, an international series of print volumes dedicated to “documenting humanity’s extraordinary stories of resistance in order to preserve human dignity and to create a more just and humane world.” (updated 12/2016)