Take Saint Augustine at his word, & watch as you become

tipped back in bucket seats, three neat rows of gravel

of a dragonfly snared in a wolfspider’s web, that mouth

biscotti-crammed you can’t ever give up. And what you’re not,

since these are merely things which surface at times—

undesired, unbidden—is the doughy, swollen neck of some guy

named Barry who collapsed at the Vatican into your arms,

or Mac Magoon with cupcake clumps in his hair, bat-wild

is like a great field, one in which leek-like hibiscus roots creep

through soil until, on an otherwise forgettable day, they flame

with morning light in a bourbon bottle vase. Or one in which

a farmer finds among his withered stalks an owl that must have been,

he thinks, snared in the wires, its talons still gripping

some sleek, whiskered thing. Although this is what you hear

carved into the tabletop, about now you should drop the act.

No one believes you want to become a cream-colored beak

in a dying patch of earth, that ant-rich feather splay.

Doesn’t this dead bird engraved in someone else’s mind

only allow you to loosen your hold on your own chosen past,

those misremembered scraps of what you once held close to your lips,

to your bare, pimply chest beneath the Ocean City boardwalk

as the night surf tossed & churned? Admit you remain what you are:

a man eavesdropping at the Kettle Stop, someone wishing

smear of boysenberry syrup, someone else’s story about wings. 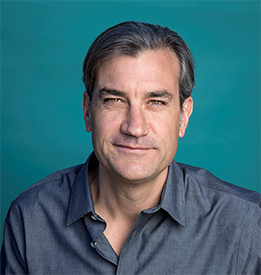 Matt Donovan is the author most recently of The Dug-Up Gun Museum (BOA Editions, 2022), Rapture & the Big Bam (Tupelo, 2017), the collection of lyric essays A Cloud of Unusual Size and Shape: Meditations on Ruin and Redemption (Trinity University Press, 2016), andVellum (Mariner, 2007), which won the 2008 Levis Reading Prize. His poetry and nonfiction have appeared in journals such as Poetry, Black Warrior Review, The Kenyon Review, The Threepenny Review, AGNI, and Virginia Quarterly Review. He has received a Rome Fellowship from the American Academy of Arts and Letters, a Pushcart Prize, a Creative Capital Grant, an National Endowment for the Arts fellowship, and a Whiting Award. He is director of the Boutelle-Day Poetry Center at Smith College. (updated 10/2022)