It never occurred to me to try to write persona poetry in my own voice, when I started writing it—in Rev. Ken Larue’s bible class, at the Christian school where I went for first and second grade. It hadn’t even occurred to me to write the poem at all—it came out against my conscious will, and I felt a deep, sick guilt over doing something so clearly out of line with the goals of the lecture-based class (and the world as it appeared to me then), even though the poem was about Jesus. And that feeling went kind of wild in me as I watched my hand go up, and heard, in words my mouth let out, “I wrote a poem.” It didn’t seem like me writing the poem or announcing it—so I couldn’t really repent, or maybe recant, either.

In middle school, I started to see a reason to go authentic—the simple, personal poem that a classmate wrote beat my flowery one in a contest—and tried to fight my way in that direction for a decade or so. But the poems came out grimly precious, not expressing or arriving at anything, even at indeterminacy. In college, the undergrad part of it, those attempts turned toward “honestly” transcribing “my mind,” but fell probably mercifully short, since that would have meant obsessive invective directed toward a couple of unfortunate women. In spite of my efforts, and helped by Kevin Prufer, a few pieces came out that helped me get into SIU-Carbondale’s MFA program, where all of that faux honesty and preciousness fell flat. It just didn’t fit in my life anymore, thankfully, but I couldn’t imagine any other way to write “me” for everybody.

That’s when it came back—that sweet, quiet something saying I could write, not by straining to fit into any character, but by stopping this vehement drive to “be me” in poetry. Letting that go, I found one persona tumbling in to speak a poem draft with an ease that scared me, and then others, until Rodney Jones’ suggestion to me, “get to the place where you can write about anything,” and I found a center of attention that had no coherent personality, but could hurtle between themes and link things I couldn’t think my way between, stopping to adopt some parts of different distinct speakers, mostly sticking to the darkness between them. It resisted (and resists) whatever looks like a properly lyric topic or mode to me, and so, swooping and meandering among different drafts, with that grade school embarrassment, I ended up with a group of poems focused on Batman, sometimes in his persona, frequently sort of absent and overshadowing, mostly clearly not me. When I was reading some of them at an event in Colorado, in 2005, a fellow Americorps volunteer brought me a black, plastic Batman mask, relieved that he’d brought it in time. And I guess, to make the symbol even clumsier, I’d already been writing with one. Playing with it, picking it up, setting it down, flying kind of helplessly away from subtlety and irony into stories with images—that’s what the poems seemed to do, or to demand. Maybe they also suggested, and suggest, “maybe you’re not who you think you are.”

The impulse to try writing poems in the personae of distinct, defined (or at least described) characters also started in that volunteer year between the MFA and PhD—after a breakup, during the lurching-and-clinging process of moving, and in the midst of this persistent, coming-doom-level fear. It seemed like everything I’d been basing my sense of identity, or maybe my image, on had fallen away at the same time, and a stable, “mature” set of ideas and images I hoped I’d start writing out of all went with it. Somehow, I found one of Edward Weston’s daybooks, the journals that seemed archaic and too-emotional at the time, and thought, “well, I’m nothing like this guy.” A few months later, I had my own copies of both of those daybooks, kind of feathery with torn paper bookmarks and underlined parts on every page or so, not knowing what I was doing or where I was going. But I thought, “this will be wrapped up in a couple of months.” Two years after that, I was climbing a stony shore near Carmel, California, where he’d lived, finally finding that I could identify with that strange combination of detachment and passion I found in his writing and photography. The surface differences had made it look like an escape, like any costume I’ve tried on, but empathy, just a glisten of it, an eye in an eyehole, or viewfinder, to abuse the metaphor—I saw that glint of similarity. And wrote at it, or out of it, before I knew I was.

That all felt like some deep discovery until I got introduced, by some wonderful teachers, to better thinking and wonderful writing about the same thing by Keats, Yeats, and others. Even freaking Plato, writing about poetry displacing intellect and going for a consciousness not of the poet’s conscious thought—that seemed to say why persona poetry kept chasing me, and chasing me away from analytical approaches to poems. All of that, plus the realization in the University of Missouri’s PhD program that I had tried hard for years to be who TS Eliot might have wanted me to be, might have led me to ask Stephen Burt if he knew of anyone who’d written poems about Vivien Eliot. He said, half-joking, that he didn’t think anyone had dared. So I consciously decided to not explore that any further, and naturally (or magically) ended up buried in a biography of her, clicking my way to scholarly articles, and watching and rewatching the one movie I could find with her as a character, until I felt saturated, or, no, haunted—not by her, but by a voice informed, or transformed, by that life story that seemed so poorly written by others, that let her contribute unrecognized and vital parts to literature before being institutionalized, and maybe left alone to die. Could I fathom that? Oh, no. Did I, do I, know how it feels to be stuck in what seems like someone else’s life? Yes. Not Vivien but Vivienne, then—a voice that mourns the silence (as Aliki Barnstone put it) of the historical person. That could be written smartly, thoughtfully, definitely not in a rhyming form or with a distinct narrative arc, right? But the singsong, taut, frantic/sardonic sort of quatrain that Eliot seemed to use to elegize his wife within the poem she’d helped him write—soon I had pages and pages of those, from a persona very much alive and possibly pissed off, with pages of notes that detailed a storyline spinal to it all. And, well, crap. But okay. And somehow I wrote my way, on that project, into crying without needing to see why. The persona brought that out of me.

The Greek mask that I believe was known as “persona,” worn by classical actors, didn’t only conceal their faces behind the faces of characters, if my internet-fed memory serves; it amplified their voices. And it seems like that was also true for Ovid, when he wrote his “Heroides,” in the personae of women from literature whose problems he probably couldn’t fathom, but whose feelings maybe spoke to his own, when he’d been made flavor of the empire there in Rome, but could be ruined by that same glare of attention (as he was later). No idea whether there’s a link between them, and that Batman mask, but I hope so. 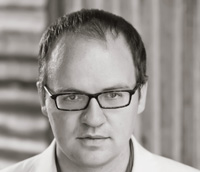