The day before the public library closed for the pandemic, a book I’d requested months earlier came in. I sat out the first weeks of my isolation lost in Hilary Mantel’s The Mirror and the Light, the third in her Wolf Hall trilogy. I was grateful to have the anchor of a huge hardback, and at the same time it carried me back to fears I’d had in my late twenties that I’d run out of good books to read.

In four years of college I collected only one great reading list. It was from my writing professor, Lynn. I adored her. She taught us word games that infused randomness and disorder into our too carefully crafted compositions. She said to her students, “Please wear red,” when she knew a particularly gloomy week was bearing down on us. Her list wasn’t required reading. She gave us suggestions for after we left her behind. Witold Gombrowicz, Bruno Schulz, maybe twenty names altogether—novels that tore the skin off.

I didn’t understand Lynn’s recommendations as part of a living system of European modernism. I’d read Dostoevsky and Wordsworth and Roland Barthes, but my literary education didn’t account for where Lynn’s books came from. They seemed singular to her vision. For that reason I considered her list a kind of secret knowledge.

Her writing was mostly what mine mostly became, slender prose poems, bewitching but probably easy to ignore in the face of much splashier literature. One night she decided to give a reading, and shared the draft of a story she was working on. As opposed to her usual slight constructions, this one was a flat-out soap opera involving an older woman and a much younger man. He takes her to dinner to say they have to break up because of the mathematics of the affair. She’ll be too old to have his children when he wants to start a family. His reasoning seems valid to the woman, and they decide to part—but then everything shifts: as they drive home from dinner, a herd of horses runs by in the dark. The two sit in the car together, unable to proceed because of the pummeling torrent of animals.

She hadn’t finished writing the story yet and was apologetic. She had to tell parts of it, saying, this will happen, and then this, and now we get to the horses. Despite her scattered delivery, by the time the horses galloped past, people were weeping. It was the most soul-wrenching story I’d ever heard. I don’t know if she finished or published that piece. I’ve never read it. But I treated her book list like a talisman.

Later, when I was living in Missouri, I got occasional recommendations from a friend in New York. He lived close to St. Mark’s Bookshop, and browsed there often. I’d have to order his titles from interlibrary loan. After a few years, our friendship thinned, and I felt like I was using him if I only wrote to ask what I should read. I lost touch with that whole New York circle of friends, who I had amused, on one of my visits, by inviting Kathy Acker to lunch. I recall expensive leather jackets strewn over chairs in her apartment, a chess board set up in the middle of the room, but I was so in awe of Acker herself that I couldn’t concentrate, and I can’t remember the books she recommended. Persisting in the Midwest, I ebbed away from the kind of people who could tell me what to read. Soon, I feared, I would come to the end of it all. I would have read every good book, and would be confronted with nothing but the mediocre ones being written to replace them.

Now, or at least in ordinary times, I’m swimming in the kind of books that do more than pass the time. While I was devouring The Book of Emma Reyes last winter, I had to put off reading Black Forest by Valerie Mrejen, and both of these slim, harsh stories of female life and death I would gladly pass to my long-ago writing teacher. She would have loved them. These days I’m more likely to feel overwhelmed by a surfeit of books than at any risk of the last good book disappearing.

Nevertheless, by the time I’d read two-thirds of The Mirror and the Light, I was again clutched by the familiar dread, that soon its pages would run out and there would be nothing left for me to read. I slowed down, limiting myself to a few paragraphs at a time. The thin pages stuck to my fingers. I turned the radio off. The cats slept to the rustle of pages falling into their two categories, the already-read and the still-left-to-be-read.

In the three books of her Wolf Hall trilogy, Mantel stays deep in the perspective of Henry VIII’s fixer, Thomas Cromwell. He watches light across a window turn pigeon-colored. An attendant holding up an ermine train seems to steer the royal lady from behind, as if driving a cart. As Cromwell’s execution grew closer, I prayed Mantel would spare me that scene and leave him alive in my mind, perhaps listening to singers practice a motet in another room. “Let me stay just like this,” I thought. “Let me always be most of the way through this book, but not at the end.” The libraries were closed. I didn’t know if mail order was safe. I’d lost the charger to my e-reader. The only books I could get my hands on were the battered ’70s thrillers and self-help books that my neighbors left out in their Little Free Libraries.

Shortly after my second child was born, I sat down with the mother of a friend. She was a retired English professor. She seemed elderly to me, though I imagine she was only a little older than I am now. I saw her as someone thirty years down the route that I was on: a voracious yet discriminating reader. “Do you reread?” I asked her. I thought that might be the solution to having already read everything worth reading. She did, she said. She often reread with great pleasure. But to help me stave off repetition a little longer, she offered to send me a list of her favorite books.

When it arrived, it had only four titles on it. One was a novel about a poor office worker trying to get an aging poet to write a poem so he could get some money for translating it. At first it seemed to be about the bored and frustrated bureaucrat. Then it was about reading, then about writing, and finally about the world itself in the fragile instant when the sought-after illusion dissolves. Another was about a man and his wife, and their school. They argued and made up, and did all the wrong things, while trying very hard to be good people. I savored these recommendations. But soon, even with barely any time to read while caring for two small children, I’d finished all four.

That was it. I had no idea what else to read. I paced the neighborhood, in Chicago by now, the baby in a backpack, the toddler in the stroller. Old women came up and chided me about the baby’s uncovered head. The ice factory on the corner went out of business. A man I knew got hit by a freight train while walking his dog. My little girl ran up to strangers at the laundromat and interfered while they tried to fold their sheets.

On one of those mornings, I had to leave the sleeping baby in the car while I walked back to the clinic with my daughter—we’d left her stuffed duck behind after getting her vaccinations. I pleaded with an old man sitting on his stoop to keep an eye on the car.

“I walked all the way across Poland,” he told me. “It was the only way to get out. I didn’t even have shoes.” He said the city was dangerous, and I shouldn’t leave the boy.

“Please just watch him for five minutes,” I said.

I carried my sobbing girl back to the clinic, afraid her duck would have already been disposed of, or grabbed by some other child.

It worked out fine. We’re all safe. My children are grown now. Even in the pandemic, they’ve kept their jobs. We talk on the phone. It’s all good. I just didn’t know then how it would turn out.

When we got back to the car, I didn’t ask to hear anything about the old man’s escape from the Nazis or the Russians. I couldn’t afford the delay he would have caused by telling me about his improbable survival. He stared as I strapped my daughter into her car seat and squeaked us out of our tight parking spot. Nervous under his disapproving gaze, it took me several tries to clear the van in front of me. We went home and ate lunch, and I cried all afternoon. 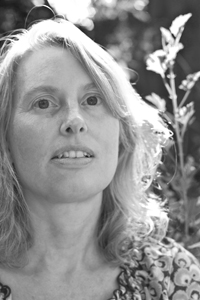