When my novel manuscript was rejected in early 2016, I knew that Hillary Clinton would lose the election.

The problem with the novel, per almost every editor who saw it, was the main female character. She was too unlikeable.

The designation came as a shock to me. I—and my agents—had had no idea that my character was so off-putting. I hadn’t written, say, the intentionally vengeful, lying, unlikeable namesake of Gone Girl. I’d thought my character was a regular human person with a regular human internal life, if perhaps a bit more willing than regular humans to articulate that life, through the close-third narration she shared with the male protagonists. I had not known that my version of regular and human was so very upriver.

So what was it about her that was so unlikeable? ”I was put off by some of her forcefulness, which intensified over the course of the long narrative.” “Out the gate, I had issues with Hagar’s likeability, and I thought this might be intentional, they are still young. But as the book continued, it didn’t improve.” “I wondered if perhaps at times there was too much detail and writing delving into characters’ thoughts and feelings.”

The gendered nature of such statements—imagine calling a male character unlikeable because he displays force, or doesn’t soften into what is expected and palatable as he grows older, or is invested in the novelistic project of interrogating idea and emotion—is well covered in lively debates about, for example, Claire Messud’s novels.

And the thought I had above all, reading those responses in the summer of 2016, was: If my merely fictional imaginative creation is so unmarketably unlikeable based on the forcefulness of her desire, then what chance does a very real Hillary Clinton stand in her bid for president?

Because it seems to me that what makes a female character unlikeable is her wanting. (As Claire Messud puts it, “Women aren’t supposed to want stuff.”) In fiction, the single most attractive thing a woman can do is not-want. See for example Mohsin Hamid’s latest, Exit West. The first time the love interests speak, he asks her for coffee, and she does the sexiest possible thing in response: she says no. “She continued to gaze at him steadily. Then she said, ‘Maybe another time.’ He watched as she walked out…and rode off [on her motorcycle], disappearing with a controlled rumble into the gathering dusk.”

This phenomenon, whereby women are only as attractive as their saying no, and lose attractiveness as soon as they say yes I want a coffee with you, is as true in our political mechanism as it is in fiction. To be a woman wanting—to be ambitious, a striver, to choose some object and exert all the force she can muster to achieve it from a young age and not back down—is still unseemly, in our characters and our politicians. It is what we mean when we say that a real or fictional woman is unlikeable. She wants too hard, and the wrong thing.

In my manuscript, the locus of unlikeability seemed to be the discrepancy between the character being a smart woman, and wanting above all a romantic/sexual/domestic partner—which in her case meant wanting, desperately, a man. She doesn’t wait to become old enough for such loneliness to be justified. She believes her loneliness is as justified at 25 as at 60. If she feels it, then it is valid as a subject of literary inquiry.

The aversion to wanting of this kind strikes me as aversion to specifically female-marked kinds of wanting. I see this dynamic played out in two of our most popular contemporary cultural juggernauts: _Hamilton _and Game of Thrones. In both, the male protagonists’ respective love interests function primarily as forces telling their men-with-big-destinies to give up destiny and stay home. In Hamilton, Eliza continuously asks Alexander to be satisfied, to come home from the war and “decide to stay“ with her and their children; in Game of Thrones, Ygritte wants Jon Snow to forget the game and “stay [with her] in that cave” where they first consummated their relationship. (I’ve written about this elsewhere.)

These fictional women want their men to participate with them in domestic life—a desire presented in both works as sweet-sounding in the short term but ultimately small-sighted, ignorant of or antagonistic to his broader fate in the world, indeed impossible for such men as these predestined.

But why should these women’s desires be so patently untenable? Surely we critics and readers and editors need to interrogate what makes us call female characters unlikeable, and to stop jumping reflexively from unlikeable to unmarketable—but we need moreover to stop thinking of certain character traits, coded female, as unlikeable or untenable at all. One oft-dispensed tip to counter gender inequity, codified in books like _Lean In, _is that women ought to act in more traditionally male ways. If men take up all the air in the room, women should learn to do the same. If women start sentences with “I’m sorry“ or “Maybe this is just me,” they should do like the men and cut those phrases out. Even the famous Bechdel test falls into the pattern of minimizing traditionally female-marked subjects: if women are talking about men—often, though not always, in a romantic context—their remarks don’t pass muster. Those conversations don’t, somehow, count.

But let’s consider for a moment what would happen if we flipped the script. What if we advanced gender parity by encouraging men to adopt more traditionally female modes of being, rather than encouraging women to drop those modes in favor of male methods? (At least one historian thinks we’ll all need to take on “women’s work” in our near-future economy.) What if we encouraged everyone to start sentences, where apt and appropriate, with the very-often apt and appropriate “Maybe this is just me”? What if we stopped tagging conversations about romance—that is, about the heart, about partnership, about domestic life—as unserious or unimportant? Could it be that war and work and politics have long been coded male, while love and romance have been coded female, and that’s why the latter are seen as unserious in the first place?

What if we decided that the ways and things that women want—an elected office, a partner, a platform to tell her own story as she sees it—were not unlikeable at all, but simply human, worthy of serious consideration in our art and our politics. What if we decided that that most fundamental desire, to tell our story, were not so unlikeable in a woman as to stir the heated debate surrounding Hillary Clinton’s very act of publishing a book.

This is not merely a thought experiment we should entertain; it’s a course of action we must take. I challenge all of us not just to drop the term “unlikeable,” but to interrogate, every time we think it, what set of actions and behaviors called it up. Until we can collectively accept a woman who wants—in private and public, in art and politics—I fear that no female challenger to even the most unqualified of men will stand a chance. 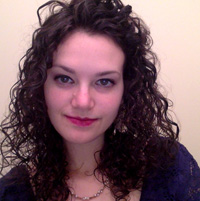 Courtney Sender’s fiction has appeared in Kenyon Review, Glimmer Train, AGNI, American Short Fiction, Tin House, Prairie Schooner, and elsewhere. Her essays have appeared in the “Modern Love” column of the The New York Times and also in The Atlantic and The Los Angeles Review of Books. She won the 2019 Graywolf Press first-chapter contest for an excerpt from her novel manuscript. A Yaddo and MacDowell Colony fellow, she holds an MFA from the Johns Hopkins Writing Seminars and an MTS from Harvard Divinity School. She was coeditor of the AGNI blog from 2019 to 2020. (updated 9/2020)