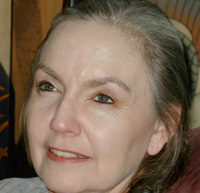 Robin Davidson is associate professor of English at the University of Houston-Downtown. Her poems and translations have appeared in 91st Meridian, AGNI, Literary Imagination, Paris Review, Tampa Review, Words Without Borders, as well as the Polish journal Fraza. She is co-translator, with Ewa Elżbieta Nowakowska, of The New Century: Poems from the Polish of Ewa Lipska (Northwestern University Press). Davidson has received, among other awards, a Fulbright professorship at the Jagiellonian University in Kraków, and a National Endowment for the Arts translation fellowship. Her most recent work on Lipska’s poetry appears in the fall 2012 issue of Common Knowledge (Duke University Press). (updated 8/2012)