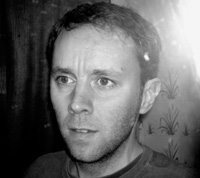 Patrick Cole lives in Barcelona. One of his recent stories appeared in Parcel and was nominated for a Pushcart Prize, and others are forthcoming in Conclave and Timber. His work has been published in other journals, including High Plains Literary Review (also a Pushcart Prize nominee), Nimrod International, AGNI Online, 34th Parallel, and turnrow. A one-act play of his was a finalist in the Knock International Play Competition and was produced in Seattle. (updated 7/2012)