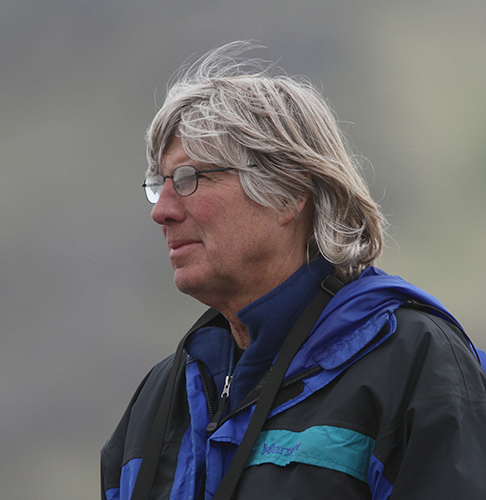 Kent Nelson is the author of ten books of poetry and fiction, including _Land That Moves, Land That Stands Still (Viking, 2003) and The Touching That Lasts (Johnson, 2006). His story collection, The Spirit Bird, won the 2014 Drue Heinz Literature Prize from the University of Pittsburgh Press. He has identified 767 species of birds in North America and has run the Pikes Peak Marathon twice—26.3 miles, traversing 7814 vertical feet up and again down. He has worked previously as a dishwasher; a travel agent; the city judge of Ouray, Colorado; a squash coach; and the doorman at Club Casablanca in Cambridge, Massachusetts. He lives in Ouray, Colorado. (updated 10/2017)