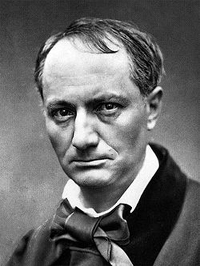 Charles Baudelaire (1821—1867) is the towering figure of nineteenth-century French poetry. Les Fleurs du mal, generally considered one of the greatest works in the history of French literature, was published in 1857, and a number of poems in it were condemned by the imperial government as an offense against French morals. During the years of the American Civil War, he wrote lyrical prose poems that were collected posthumously in the book Petits poèmes en prose (Little Poems in Prose). Baudelaire was also a deeply influential art and literature critic and translated five volumes of the works of Edgar Allan Poe.