I think a lot about death and faith and the creative process. This started some years back when I began writing a novel related to the Tibetan Buddhist belief in bardos, between-states when everyday life is suspended. Or maybe it started long before: on a winter day in 1912, my Tibetan great-grandfather was coming down to India from Tibet by pony. He and some of his party were buried in an avalanche. My great-grandfather thrust his arm up through the snow and waved his prayer beads, calling to his beloved Guru Rinpoche: “Save me, Guru Rinpoche, save me!” The men aboveground saw him and he was saved.

Guru Rinpoche, the eighth-century Indian saint who brought Buddhism to Tibet, is believed to have concealed his teachings under rocks and in lakes, in trees and the sky and the mindstream, to be revealed to future generations when most needed. The Bardo Thodol, or Tibetan Book of the Dead, is one of these teachings; when someone dies, monks sit next to the body and read from the text, exhorting the deceased to acknowledge reality but not give up as she journeys through the terrifying after-death bardo, wondering what will happen. Intended as much for the living as the dead, the Book of the Dead encourages all of us to persevere, whether in the after-death bardo or one of the difficult bardos experienced in life, like accident or illness.

In 2010 I lay in a hospital near death, an experience I write about in “Traveling in Bardo” (AGNI 86). I remembered the story of how my great-grandfather survived in the snow, and this helped me to accept what was happening yet not despair. The Book of the Dead was discovered centuries after being buried in Tibet; in a similar way, I felt, my great-grandfather’s lesson about faith came to me from where it had remained hidden in our family’s mindstream.

The_ Book of the Dead_ says that in bardo, we encounter blood-drinking, flame-spouting wrathful deities as big as the sky. Holding human corpses and brandishing axes, they shriek and howl. We’re told not to abandon hope: the deities are only emanations from our subconscious. W.Y. Evans-Wentz, editor of the first English translation of the Bardo Thodol (1927), called the deities “airy nothings woven into dreams”; the moment we recognize their true nature, they dissolve. Thus, we are the creators of our experience in bardo. As the Buddha said, “All experience is preceded by mind, led by mind, made by mind.”

Writing is a kind of bardo because ordinary life recedes as we create a universe on the page. The fears and doubts that can derail us while writing are like the wrathful deities. The uncertainty about where our hours at the desk will lead; whether, or how, a poem or an essay or a book will be realized. Recognizing that our worries are only our own “thought-forms,” as the Book of the Dead says, we have the chance to break free of them and engage fully with our creative work. In the bardo of writing, we make our experience. 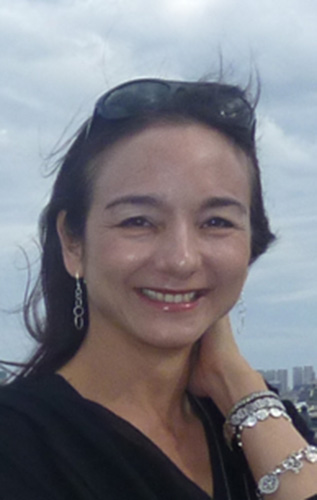 Ann Tashi Slater’s work has appeared in The New Yorker, The Paris Review, Granta en español, AGNI, Kyoto Journal, and elsewhere. Her writing appears in Women in Clothes (Penguin) and the anthology American Dragons (HarperCollins), and she blogs for the HuffPost. Her translation of a novella by Reinaldo Arenas was published in* Old Rosa* (Grove Press). A longtime resident of Tokyo, she teaches at a Japanese university. (updated 10/2017)