That something might have actually happened is not the most important part of truth. The emotional truth is what’s critical. With this said, every word I’ve ever written is true. I would swear on a blood-stained bible that each and every one of my poems happened as written . . . and my fingers are not crossed behind my back.

I used to date a lovely, young lawyer. We would often go SCUBA diving. In a poem, I once wrote: “Kathy . . . was futzing with her equipment.” She was angered by this line, claimed it never happened. (Imagine, a lawyer lecturing a poet on truth! That’s when I began making notes on what will one day be a book on truth, a book that will become a textbook in the most prestigious law schools.) I tried to explain to her that something didn’t actually have to happen for it to be true. What made the line of poetry true was she could have futzed with her SCUBA gear, and I knew her well enough to know that once we surfaced she was thinking of how she might readjust her equipment—she was thinking of futzing! And a thought is as close as you need to come to action to make something true. Of course, she argued that the entire poem had little to do with reality. I disagreed; the problem was that she was only aware of a small slice of the world.

Truth is much larger and includes what didn’t happen, it includes what could have happened, and more importantly what you wanted to happen. Kathy complained that literary journals should have a girlfriend rebuttal column. She now works for the government—go figure. Oh, Kathy might not be her real name because while I believe poetic justice gives me license, a lawyer suggested I tread carefully when writing about the truth––again, a lawyer lecturing a poet on truth . . . huh?

Truth is a poetic device. Use it sparingly. Lies, on the other hand, are boring. Use them even more sparingly.

Poetry occupies a strange place in the minds of literary civilians. Is a book of poems fiction or non-fiction? If you’re making stuff up, many would believe you’re writing a short story. People have a tendency to believe what’s in a poem. Though surrealism shows its hand and can’t get away with this. Confessional poetry runs into trouble with truth when it tries too hard to appear honest.

The difference between propaganda and poetry is not something I’m prepared to discuss. It should suffice to say that they share goals. A tuning fork struck against a line of poetry and a line of propaganda would sound strangely similar. That’s why intent is critical to understanding truth. Or, to be exact, intent is a more accurate stage for truth. When reality is at odds with even the most fundamental interpretation of emotional truth, reality always loses.

I write to discover truth. I write to remind myself of it. Everything you write in a poem will eventually happen to you. Write carefully.

When you write something honest with a fountain pen the ink dries faster. Pen a lie and the ink shines wet for hours. That’s probably the etymological root of the word smear.

Writing about truth in poems requires a different form of truth than writing a poem, an honesty altogether different from anything I’ve previously discussed. You can trust me. 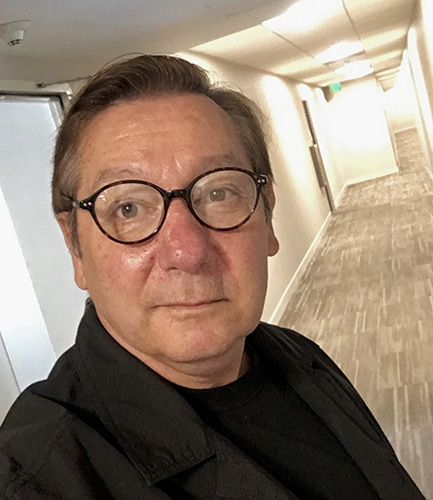 Rick Bursky’s most recent collection is* I’m No Longer Troubled by the Extravagance* (BOA Editions, 2015). His next, Where the Ocean Spills Its Grief, is forthcoming from BOA. His poems have appeared in The American Poetry Review, The Iowa Review, AGNI, Harvard Review, FIELD, The Southern Review, and elsewhere. (updated 4/2018)