A peculiar thing comes to mind about how I read as a child. More often than not, in our village in the Barak valley of northeast India, the power was cut. “Current Chatkhare!” we would cry. Mama would bring to our study table a candle or hurricane lantern. Then my sisters and I would go on reading loud—very loud—rocking back and forth from our waists.

If you try this in dim light, you will find that the text blurs a little as you rock back, then gets clearer as you come close. But we were in a desperate race to cram information, to memorize—and the rocking kept us alert, although it also meant we had to repeat words as they slid back into focus. Like this:

In the all-important exams, our pencils scratched paper for hours as we regurgitated everything, often without a full grasp of what it meant.

I realized not everyone studied the way we did in Emmanuel English School (of which my mother was headmistress), located by a hydrangea-choked swamp that had once been, the story went, a tributary of the mighty Barak. On my mother’s side, I had cousins whose parents were able to send them away from the hot dusty plains to study in elite boarding schools in hill stations where the British had once frolicked—and, in one instance, had forbidden Indians from treading on the promenade. I was told their curriculum came from England or America—certainly not—oh, no—India. One of them gave me an old textbook; it was almost as thick as the Bible and had detailed illustrations in colored ink: Miss Havisham in a moldering dress and veil, circling a ghostly table. Great Expectations.

I attended Emmanuel from the age of three—my pre-kindergarten class in 1987, the year it was established, sat on a bench outdoors under a clump of bamboo trees—until I matriculated at 15. My choice daydream during my school days was that my parents would send me away to a hill station, to a school like the ones my cousins attended. There I would be assigned entire Charles Dickens novels, and the view from my classroom window would be of pine trees and a real playground, not endless paddy fields.

Even later in high school, our state-issued English textbook had the heft and look of a pamphlet and contained only a handful of stories and poems, which we studied by way of prescribed questions-and-answers. How proud we were to hear that an entire text had been issued: James Hilton’s _Lost Horizon—_abridged.

I struggled to read that unadulterated Great Expectations contained in my cousin’s beautiful textbook, but I labored on. I was confident that, even if I did not understand everything, I would, someday.

I was not entirely wrong.

Another chief distinction between us—and by “us” I mean all those lucky enough to get an education in India’s villages, whether in an English or vernacular school—and them (my British/American-educated, Great-Expectations-reading cousins) was that they did not chant their lessons, or, for that matter, rock back and forth. I found this out for myself when I (finally) left the village to study journalism at a Catholic college in one of those hill stations I had fantasized about.

I still found it necessary, there, to feel words forming in my mouth to fully comprehend difficult concepts—but I did not chant them out loud anymore. In my all-girls’ dorm, I had roommates, and so I whispered or silently mouthed the words of my film-appreciation or mass-communication texts. I did not want to be taken for a villager.

In his essay Of Books, Montaigne writes: “If I encounter difficulties in reading, I do not gnaw my nails over them; I leave them there, after making one or two attacks . . .” I thought about this the other day when I was laboring over a passage in Alejo Carpentier’s novel The Lost Steps, in which a composer takes a journey with his mistress to a part of South America untouched by civilization. I recognized the pall that came between the text and me: it’s what still happens when I encounter references to a kind of “high” culture I knew little of in my childhood.

Early in the expedition, while resting in a provincial inn in the mountains (and shortly after meeting a woman who enchants him—for he cannot contain her within the boundaries of his “civilized” knowledge), the narrator hears a tune from “an old-vintage radio on among the ears of corn and the cucumbers on a kitchen table.” It is the first theme of Beethoven’s Ninth Symphony. Carpentier dedicates almost six pages to the narrator’s meditation on the Ninth; I did not recognize most of the references: “Byzantine oliphants,” “the Siegfried theme,” “Rathenau’s campaigns.” On my first reading, I almost gave up. I admit I also did not know what the Ninth was, exactly—until I played it on YouTube and was thrilled to recognize snatches.

But a kind of stubbornness born of not having enough books as a child made me read the scene twice, thrice—until it dawned on me that I could approach it in the old way. I silently mouthed the “difficult” sentences (and occasionally reached for my phone to Google a thing or two). Then, like the brilliant sun breaking down the edges of a grey cloud, it happened. The sentences, so impenetrable at first, opened up as I took possession of them by moving my lips.

In that same essay—a piece of writing which makes getting lost much more pleasurable than a game of scavenger hunt—Montaigne writes that he seeks in books “the learning that treats of the knowledge of myself and instructs me in how to die well and live well.” He quotes Propertius: “This is the goal toward which my sweating horse should strain.”

What if Montaigne had grown up without any books except the Bible, a few Reader’s Digest Condensed Books, and sugary Christian romances? My horse strained toward a different goal, sweating nonetheless.

My eldest sister Ruth teaches in that same Emmanuel English School. I told her over the phone that I often feel like an impostor in the world I now inhabit. I get to meet writers of books I admire and see art I would never have dreamed of beholding in person. This was her answer (I paraphrase and translate): “Remember it’s because you did not have access that these things hold a special charm. If you knew all about everything, then what would be left?”

How many books have I read by now, persisting even when I did not fully understand, that have deeply influenced how I write? It’s by rocking and chanting, again and again—even in light that’s barely there, in a state of both knowing and not knowing—that the words can become, inexplicably, clear. 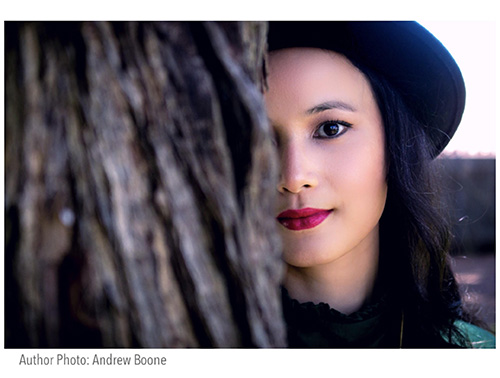 Grace Singh Smith is blog editor of AGNI and has been part of the editorial team since 2019. Her fiction and nonfiction have appeared in Santa Monica Review, Cleaver, Aster(ix), AGNI, The Texas Review, and elsewhere. Her story “Oshini” (The Tishman Review) was selected for the 2018 Best of the Net anthology, and her story “The Promotion” was cited as notable in The Best American Short Stories 2016. A native of Assam, India, she lives in Santa Monica, where she is at work on her first novel. (updated 6/2019)