Lately I’ve begun tracking experimentation in the work I’ve produced during this pandemic. I’m no Dadaist or futurist. I even struggle with the tag postmodernist. However, like the modernists, I’ve been seeking new ways of envisioning myself in a charred world—a world torched violently by disease.

In Igbo cosmology, we live in a binary world, equal parts physical and spiritual. Though the spiritual has always starred in my fiction, I’ve found that it appears now with urgency, or more agency. I’m talking about ghosts. Mysterious disappearances. Juju. Characters that slip between this world and the next. In “Cyborg’s Brother,” which appears in AGNI 95, spectral figures loop through the landscape.

Is this my “zombie” response to a global tragedy? For me, unlike H. P. Lovecraft, ghosts are not a stand-in for people I consider unpleasant in my community. This isn’t Sir Francis Bacon going after Anabaptists and landless peasants and gypsies and Africans and other types of “vagabonds.” I am going after myself, if anything. Yearning to evoke something crucial to my identity. Immigrant writers in America often fall into cultural inertia so far from home. Writing becomes a search for ballast. A way of hooking into the cordless universe of the childhood you carry. In my case, I’m reaching back to the violent Oro festivals of Ikorodu, Lagos, into the Imo streams where mermaids slip past humans in the cold water, into the Kalabari stories in Rivers, where giant gods splash in the local river, their faces wisely turned away from the passing canoes of villagers. I’m peering at the chaos and order, the communal rights and taboos that defined my growing-up years, asking how much of myself I have lost, how much of myself I recall in America. Who am I now? Sometimes I don’t think I can call myself Nigerian any more than I can call myself American. For the most part, I exist in liminal space. A phenomenon almost identical to how the pandemic has cast us outside the margins of our lives.

Covid-19 and the related safety protocols have fragmented friendships, and families, and communities. Sometimes permanently. But the virus also pulled us back into our bodies. Forced us on solitary walks—the few times loner-fatigue drove us outside—where we listened to trilling birds in the trees, watched the sun bathe the rubble in the country road, and appreciated the gift of life, of being alive in our bodies.

The pandemic has reminded us how infrequently we inhabit our bodies in the twenty-first century, with its constellation of technological advances and make-believe realities, its information overload. Like Jean des Esseintes, the reclusive character in Joris-Karl Huysmans’s A Rebours, we’ve been coaxed into accepting artifice as a replacement for nature. Virtual ocean sounds. Ersatz flora. Mechanical pets. Artificial lighting. We appear to be mimicking everything natural, and trying hard to convince ourselves that because it is clever it must be better.

I try to live in my body daily. And having spent more time *inside *during these perilous times (when I’ve found myself doing more cardio; staring dreamily at the night sky; catching domestic sounds in so-called quiet neighborhoods, fascinated by the gawking presence of trees, the way sunlight freckles through a sieve of leaves) is perhaps why I’m writing more about the body and bodily functions. This in turn might be the reason I find myself drawn more to the “God’s eye” narrator in my recent work, experimenting with a fragmented narrator who acts omniscient. Perhaps I want the reader to feel every part of the story, as though the story were a metaphor for my body with newly tingling nerves and capillaries, to know what and where everything is. To feel as though they’re in command, in a world still reeling from a cruel tohubohu.

I’m reading Body by Harry Crews, the late, controversial Florida writer. He wrote about brawling and womanizing and alcoholism and rape and racism and misogyny as though he were a flaneur observing without comment, with an interesting, unsettling ambivalence. Body depicts the world of bodybuilding and body builders, the push and pull between ambition and self-preservation. In one insane scene, a female competitor in a Ms. Cosmos contest has furniture-crushing sex with her trainer in order to lose two pounds and “make weight.” I think it’s a very “Covid” book, in that it speaks to what was lost during the pandemic. Body reminds us of a long-ago maskless time, the reckless joy of crowded spaces, and the hard, brittle beauty of the human body. Also the brutal limits to which we can push our bodies.

Now is the time for writers to experiment. A time for a Borges or Kundera. Who are the avant-garde leaders of this moment? There appears to be a maddening, insatiable lust for form over content and I wish writers would go slow in that direction. Digital spaces teem with suggestions for fiction without dialogue, fiction with a dozen narrators, fiction without characters, stories lacking punctuation, stories sans paragraphs, proposed with bacchanalian glee. What uncontrived desire is fueling this profusion? What existential necessity?

Writers are too often caught up now in imagining fiction as a product that has to be shaped and reshaped for bored consumers—where what ought to change is the narrowness of what gatekeepers allow. A genuine diversity of identities should be a goal in publishing, yes, but so should an openness to different stories. I’m talking about content not form. Writing that moves. Writing that connects. Writing that sparks an emotional charge in the reader. Writing about yearning, and how that yearning is thwarted. Writing that goes beyond an idea, beyond, What does the character want? to Why does the character want that?  This is why my vision of experimentation is a hand-to-boiling-kettle discovery. Startling and organic. Almost a Paterian moment of beauty, the kind that happens when you recognize something shifting inside you as you behold art. I am calling for an outburst of creativity that reminds us of the terror of our situation on this planet. The fact that every day we live is a day we could potentially die. The realization that fiction is a sensual art form and the heart should override the head. After all, aren’t we the casual experiment of some nebulous higher life form who studies us daily through the impenetrable blackness of space? 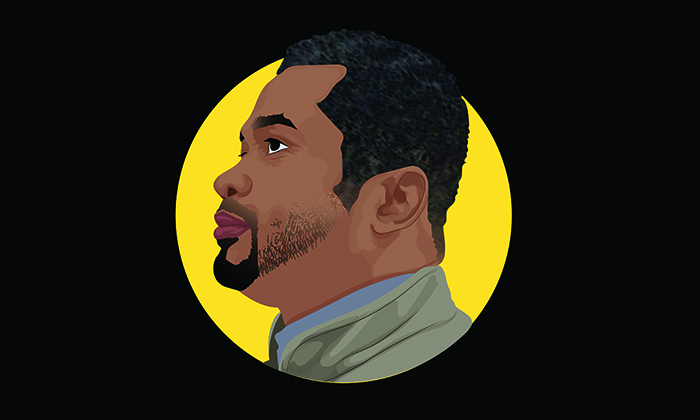 Iheoma Nwachukwu’s fiction has appeared in The Southern Review, The Iowa Review, AGNI, Crazyhorse, and elsewhere. Winner of a Bailey fellowship from Florida State University, he has also won fellowships from the Michener Center for Writers and the Chinua Achebe Center for Writers. He teaches in the MFA program at Mississippi University for Women. (updated 4/2022)