My wife Susan and I—both of us over sixty and “high-risk” for Covid-19—are marooned on San Juan Island in the State of Washington, only a dozen or so miles from the Canadian border. Our house fronts Friday Harbor, part of a group of three bodies of water—Puget Sound, the Juan de Fuca Strait, and the Strait of Georgia—that for the last decade or so have been unofficially known as the Salish Sea. I once dismissed the name “Salish Sea” as an unnecessary piece of geographic revisionism, despite the fact that for the pre-European Salish peoples, it was the seventeenth-century Spanish and British explorers who were revisionists. Now, much older, maybe even wiser, I’ve come to believe that the Salish should bear a Native American name but should indeed be called a sea. It’s large enough—it runs from the Washington State capital, Olympia, north to British Columbia’s Campbell River, a distance of over 200 miles—and it has a common geographic identity of snow-capped mountains, sleeping volcanos, ice-carved islands, ten-foot tides, and swift currents. The same flora and fauna too.

We’ve owned our house on the island for nearly thirty years, and now we live here full-time. Each morning, I like to sit in a rocker that faces the harbor, iPhone in hand, and read The Seattle Times, The New York Times, and The Washington Post. Light shimmers in ever-changing patterns; green and white Washington State ferries dock at the town landing; bald eagles soar over Brown Island—no two mornings are ever the same. Today a pair of loons swims back and forth in deliberate, black-and-white gravitas. Usually I find this a peaceful moment in the day. But for the last two weeks, my iPhone has been anything but a source of peace. Headlines pop up: “How to Avoid the Forthcoming Economic Depression,” “The Sky is Really Falling,” “You Can Panic now,” all from usually responsible, moderate publications. I doubt it’s ever a good idea to panic, and isn’t the moral of Chicken Little that you should keep your head regardless of what you hear? So I count to ten. Take a deep breath. Exhale slowly.

Susan and I are not on the front lines of this battle. The best we can do is stay out of the way and reduce our and others’ viral exposure, even as we think constantly of those who are fighting the virus, and wish that we could share our haven with those less fortunate. We wait patiently for Susan—who was scheduled to have a new hip April 1st—to once again be able to move without pain.

Meanwhile, she and I have one other important task, and that is to keep up our own morale and that of our family members and friends. And so, we have made several shore-side picnics to the island’s south and west sides. We share a bottle of wine and view the Olympic Mountains and the city of Victoria on Canada’s Vancouver Island; from there, the Olympics rise abruptly from sea level to seven thousand feet, summits saw-toothed and snow-covered. Even if we can’t get to Victoria now, with the US–Canada border closed, we can at least look.

Back at the house, we identify and watch the movies and concert videos that have made us happy. We recently watched Yesterday, a 2019 film about an unsuccessful musician who wakes up in a world where only he remembers the music of the Beatles, and a favorite oldie, The Graduate, in which Anne Bancroft, then only thirty-five, once seemed as old as our mothers and aunts.

Susan recommends our best discoveries to our son, who is sheltering in San Jose, and our siblings and in-laws holed up in Seattle, the epicenter of the pandemic in our state. She’s also begun to spin up her collection of vinyl LPs—playing the sixties and seventies favorites that shaped her Baby Boomer identity. I’ve watched this ritual for thirty years. What comforts me is how little it changes: Susan still slender, still golden-haired, although now with a hint of platinum, still fanning the albums on the counter as if she were playing a hand of cards. She loves the act of slipping the vinyl from their familiar album covers, placing each record on the turntable, delicately dropping the stylus on exactly the cut she wants to hear, and hearing even the scratches in the same spots where they’ve crackled for fifty years.

In the meantime, the seasons march on, oblivious to the plague.

We who live on the Salish Sea enjoy a long spring. Daffodils breast our gardens in February, yet summer doesn’t really begin until after the Fourth of July. If our spring days dawn with blue skies and golden sunrises, they often close rain-soaked and shaded gray. But in March, our trees and gardens bloom: the Japanese cherries in the Sunken Park across the street from the Friday Harbor Ferry Terminal blaze brilliantly pink, rivaling those of the Tidal Basin in Washington, D.C.; the bumblebees in our front yard pollinate green-yellow blossoms of the madrone trees, so close in color to the madrone leaves you must look closely to notice they’re there. The daffodils that Susan’s father planted years ago have just this week been thrusting aside the damp earth by the rail fence, evidence of another year gone by. And this spring, by some miracle, for the last ten days (otherwise days of pandemic despair) we have been gifted blue skies and rising temperatures.

Out back, Douglas firs tower over our house by a hundred feet or more. We sometimes feel we live in a treehouse, under a rain of needles and cones. These are the giants of the Salish Sea forests, rising high above their red cedar, hemlock, and Sitka spruce neighbors.

The combination of conifer forest and the shore-side habitat explains the wide variety of avian life in the Salish Sea. Some birds reside here year-round: gulls, great blue heron, mergansers, bald eagles, ravens, crows, kingfishers, Canada geese. Some are seasonal, like the loons I saw this morning. This week we saw our first hummingbird, likely a rufous, which migrates here to breed and nest in summer. We are witnessing the changing of the avian guard: loons giving way to the summer residents. I find this reassuring: nature’s heartbeat, pulsing season after season, year after year. It is healthful, I think, to turn off our phones, to quiet down, to listen and wait for the rest of the hummingbirds. 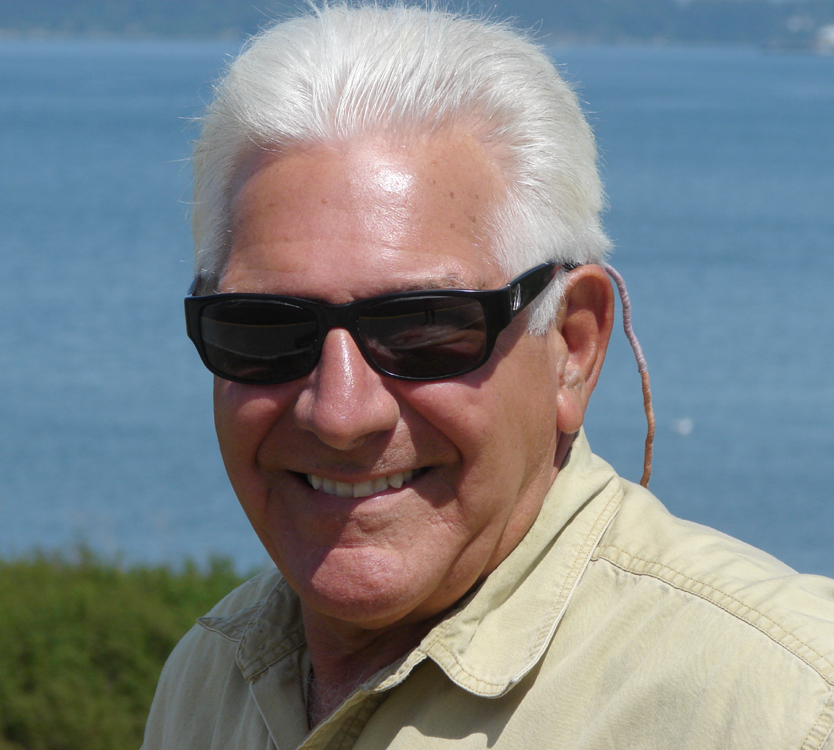 Neil Mathison is an essayist and short-story writer who has been a naval officer, a nuclear engineer, an expatriate businessman living in Hong Kong, a corporate vice-president, and a stay-at-home-dad. His essays and short stories have appeared in The Ontario Review, Georgia Review, Southern Humanities Review, North American Review, North Dakota Quarterly, AGNI, Under the Sun, -divide-, Bellowing Ark, Pangolin Papers, Blue Mesa Review, Blue Lyra Review, and elsewhere. Forthcoming are essays or stories in Northwind, Blue Lyra Review, and Notes. Neil lives and writes in Seattle. Neil’s essay, “Volcano: an A to Z” was recognized as a “notable essay” in Best American Essays 2010. Visit him at neilmathison.net.