My father learned chess as a political prisoner in Cuba. (The metaphors practically write themselves.) Once out of jail at age 26, he read as many chess books as he could and got to know and played against just about every chess player in his town of 30,000. He got pretty good at it, too.

I was little more than a month old when he had a chance to be in Havana for a few days during the 17th Chess Olympiad, held in late October and early November, 1966. He desperately wanted to meet Bobby Fischer and get an autograph—my father had just turned 28; Fischer was 23 and had already become the U.S. chess champion at age 15. On his last day in Havana, my father went to Fischer’s hotel and camped out in the lobby, keeping an eye on the elevators. Unfortunately, it was a Saturday, and being Jewish, Fischer stayed in his room all day. My father never got his autograph.

Or so goes my father’s story.

Playing chess against my father was an exercise in frustration: he beat me, badly, always. He did love to talk about chess, when he was in the mood, and I had his José Raúl Capablanca stories memorized by the time I left his and my mother’s house. Over the years, I continued to read about chess, being more interested in its history and mythologies than in the actual gameplay. I did play my father a few more times before his death in 2003, but I lost every time.

In mid-2013, I read Frank Brady’s excellent Fischer biography Endgame. Even before I had finished the book, a poem about Fischer announced itself. I finished writing the poem, “Fischer in His Island Kingdom,” shortly after finishing the book. No journal I sent it to (over 30) took it, but that’s a different story.

It took reading a book about him for me to write a Fischer poem. My father’s stories didn’t do it. My playing his games over to try and learn from him didn’t do it. Listening to the Chess soundtrack ad nauseam didn’t do it. Watching Bobby Fischer Against the World didn’t do it.

It took reading about him in a book.

I grew up in a religious household and was raised on the stories of the patriarchs and matriarchs of the Old Testament and the apostles and disciples of the New. I also grew up in a communist society, where the martyrs of the Cuban revolution (Che Guevara, Camilo Cienfuegos, and of course, José Martí) were a daily presence in schoolrooms and billboards, on TV and on the radio, and on newsreels at the movies. Growing up, I was surrounded by heroes and a few heroines (not enough), both mythical and historical. They were as real to me as my family and friends, perhaps even more so. Though I loved stories about Abraham and King David and later Alice (of Wonderland) and Sherlock Holmes, I came to be most fascinated by history, that is to say, by stories about real people.

In retrospect, I can see that as I began to study and try to write poetry, I was most attracted to poems I perceived were about actual people: I preferred “The Love Song of J. Alfred Prufrock” to “The Waste Land” because I intuited, rightly or wrongly, that the former was about a real person: its author. Eventually I realized the later was also about Eliot, but its many voices managed to fool me longer. The same rationale attracted me to the confessional poets, who were clearly writing about themselves, and, later, to poems about poets. (Debra Greger’s “Envoi” still resonates.) Among my early favorites were Anthony Hecht’s “The Cost” (Trajan, Dante, Gregory the Great); Robert Lowell’s “For the Union Dead” (“Colonel Shaw and his bell-cheeked Negro infantry”); and Sylvia Plath’s “Daddy” (herself, her father, the Nazis, Hitler by implication).

Naturally, I emulated the poems I loved. Among my earliest was “Carlos Gardel Sleeps Under My Bed,” an impossibility, since Argentina’s definitive tango singer died thirty years before my birth, but perfectly acceptable in poetry. The first poem I wrote for my M.F.A. workshop was “What Vallejo Calls Notre Dame Bridge.” My thesis had poems invoking Alexander the Great, St. Augustine of Hippo, Emily Dickinson, Keats (living in St. Augustine, Florida), Chekov (visiting Venice, Italy), Verlaine (and by extension Rimbaud), Elizabeth Bishop, Sylvia Plath, and Caroline Forché. I’m pretty sure there were others, but I no longer have a copy of my thesis. It wasn’t particularly coherent, but that also is a different story.

Other than poetry, I overwhelmingly read non-fiction. Consequently, the snippets of text I carry in my memory are overwhelmingly about real people. Those are the words—and ideas—that tend to trigger my poems or graft themselves onto them as they grow. Not surprisingly, fictional characters almost never show up in my poetry, though I once wrote a poem with the Biblical Cain as its speaker. I tread with due care here: Gardel or Rimbaud (or Fischer) can be as much creatures of myth as Adam and Eve.

Almost without fail, I most desire to address real (meaning at least demonstrably historical) people, to talk to them, or at them, or through them. Or at least about them. I want them to inform my world, and the best way I have of doing that is to put them in my poems. My poetry is my very own social network where I can interact, however obliquely, with Matías Pérez and Hannah Arendt. Alternatively, I think of it as a sort of fan fiction.

But really, I am most interested in including the world as it is outside my life—the world of Syrian refugees and Black Lives Matter—in my poetry, at least as best as I can perceive and understand that world. And that means writing about real people. Iago may horrify me, but my lessons in treason are drawn from Arnold and Quisling, and of late, maybe even from certain of our elected officials. I love Jane Eyre, the character, but my poems gravitate towards Ada Lovelace and Allegra Byron, or for sheer heartbreak, Tamir Rice and Sandra Bland. Life doesn’t imitate art. Art massages bloody life into edible morsels. I’d rather go to the source. But, of course, my poems aspire to art and can’t help but turn the real into something else: in a poem, is a real person not part of the poem now?

That leaves me with an image of the ouroburus and all that it entails. I well know August Kekulé first dreamt of a snake devouring its own tail, and then (and only then) did he manage to draw the circular structure of benzene. Producing a model of a given molecule may not be art (I say it can be) but it’s certainly the work of the creative imagination. And one constrained by fact, no less. I prefer my imagination to be so constrained. Having real people in my poems does that for me. It’s a kind of formal structure, even if applied to content.

At a recent reading, someone did in fact note how frequently my poems name-check historical characters.

“That’s because,” I answered, not altogether unseriously, “my poems are the only place my name is ever going to be alongside theirs.”

And, at least in my Fischer poem, I brought my father along to the gathering. His name was Oscar—as in Wilde, who, as best as I can tell, cared little for chess, either as art or otherwise. He (my father) died at 64 of hepatitis C and cirrhosis of the liver. Fischer died five years later, also at 64—one year for each square on a chessboard—after refusing life-saving treatment. Reputedly, his last words were, “Nothing is as healing as the human touch.” 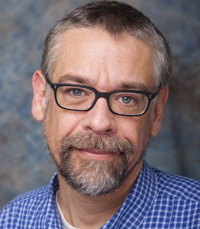 Andres Rojas is the author of the audio chapbook The Season of the Dead (EAT Poems, 2016). His poems have recently appeared or are forthcoming in Barrow Street, New American Writing, Notre Dame Review, AGNI, Poetry Northwest, and elsewhere. (updated 4/2017)