Recently a colleague whose latest book met a fate similar to mine, whose disappointment seems even greater, told me he had spent time in the emergency room the previous weekend. “For my head,” he said, “I was having a breakdown.” I didn’t ask him to elaborate because I know how crushing post-publication silence can be, like throwing a party to which nobody comes: you stand there looking at the food, the drinks, the cake, the balloons and twisted crepe paper, and decide you will never write again, never throw another party, never put your trust in human beings again, ever.

Much of this whining over a book’s reception exceeds disappointment, which is understandable, and becomes a sickness of the ego, “vanity, and a chasing after wind.” Or is it a symptom of an already existing sickness of the ego? In any case, we all have egos, and a sickness is nothing to laugh at or stigmatize. In his 1936 essay “The Crack-up” F. Scott Fitzgerald, even as he complained of far more grievous matters, bemoaned his fate as a novelist in the age of cinema:

“I saw that the novel, which at my maturity was the strongest and supplest medium for conveying thought and emotion from one human being to another, was becoming subordinated to a mechanical and communal art that, whether in the hands of Hollywood merchants or Russian idealists, was capable of reflecting only the tritest thought, the most obvious emotion. It was an art in which words were subordinate to images, where personality was worn down to the inevitable low gear of collaboration. As long past as 1930, I had a hunch that the talkies would make even the best selling novelist as archaic as silent pictures.”

This complaint arrives from a time before television! The visual culture that has been steadily gaining on print culture ever since has now crossed back over into the print culture in the form of graphic novels and most recently, memoirs.

Full disclosure (see re: writerly whining, above): my recent memoir Love & Fury was a finalist for the new England Booksellers’ Association’s New England Book Award in nonfiction, and it lost to Roz Chast’s Can We Talk About Something More Pleasant? a “graphic memoir” that has gone on to great success. So, I cannot plead any but the most forced and deliberate objectivity. But it still seems important to ask what this latest development means.

Will we learn a new language midway between the pictorial and alphabetical? Will books become Classics Illustrated versions of themselves? Will emoticons eventually evolve into a complex system of signs like Mandarin? Or is this simply another demonstration of film and video’s hegemony, publishers desperately trying to stay alive? So many novels now seem “treatments” for films or TV/web series; is this the case with these graphic books as well? After all, they are already “storyboarded” for the shooting script.

Again, this may just be me complaining, but it does seem to me that there are simply fewer readers who are able to appreciate good prose or artful sentences. Recently a graduate student in an MFA program asked me why James Baldwin “always writes such long ass sentences? Why doesn’t he just say what he means?” I was speechless. After a few moments I asked the student if he thought James Baldwin wasn’t saying what he means. The student took his turn being speechless. Now I think that the student was responding to the fact that Baldwin’s style is such that nearly every paragraph is an argument within his longer argument, an inquiry within his larger inquiry, and as such it often ends in an epigram. While I see these epigrams as the pitons that allow Baldwin’s ascent up the sheer cliffs of his subject (or up the walls of the racist pit or oubliette of sexual shaming into which he’d been cast), I think my student recognized these quotable sentences, subtotals in Baldwin’s figuring, as “what Baldwin was trying to say.” And yet it is, always, that “trying” that is the essence of the essay, not the epigrams, many of them suitable for tweeting.

Baldwin knows where the seams are in the rock of our denial, where the dynamite is most effectively placed. He can bring down the walls, blow up the battlements. But he can also wield a verbal scalpel with the skill of a neurosurgeon. Sometimes he does both these things within a single paragraph. In other words, “what he is trying to say” is inseparable from the thinking—done in language, in the modern American English prose he helped define—that is its vehicle. This is the kind of prose, in fact the kind of thinking, we will lose if readers continue to migrate to visual storytelling and nonfiction as a series of pictograms.

Can we have both? Yes. But the larger share of readers’ attention will always go to the less demanding medium. We’re a fast food nation, an on-demand society, a culture sustained by imagery. My writing this is an act of resistance—by that I don’t mean it is especially virtuous or even important, only that I want to retain the ability to think in a way I believe more likely to help me understand experience than merely react to it, or “capture” it, or document it in a tweet or photo.

Not long ago I was teaching at a conference devoted to the short form—flash fiction/nonfiction; prose poems, etc. I was doing it first of all for the money (and maybe I would sell a few books) but also because I wanted to press the participants to move beyond what often feels to me like settling for less, or imaginative laziness. Too often these short forms seem to me like the first paragraphs of stories the writer was too lazy or inexperienced to develop.

Of course, I have learned, via Robert Gibbons’ work and the work of my colleague Gian Lombardo and others, that the prose poem can be an illumination (as Rimbaud called his) and flash fiction—as practiced by artists like Steve Almond, Lydia Davis, Pam Painter—can be deeply satisfying. Still, so many of these short-form pieces seem to me to be just that, pieces, as if the writer has refused to confront the resistance that real writing moves against, that real essays seem to break through, that real stories contend with.

I am not, I hope, merely being a curmudgeon. (Pushing 70, I need to guard against that easy-chair misanthropy.) I’m interested in the flash of insight, yes, but I’m also interested in sustained reflection that yields perhaps important tracings of consequence, writing that exercises a kind of peripheral vision that, while gazing in the direction of the present, is aware of the past and future as well. I want to keep faith with a way of knowing the world and the self deeply, through language, in prose, and figuring out what’s right: the right word, the right tone, the right sentence structure, the right rhythm, pace, recursiveness—the right response to yesterday’s disappointment, to tomorrow’s promise, to life. 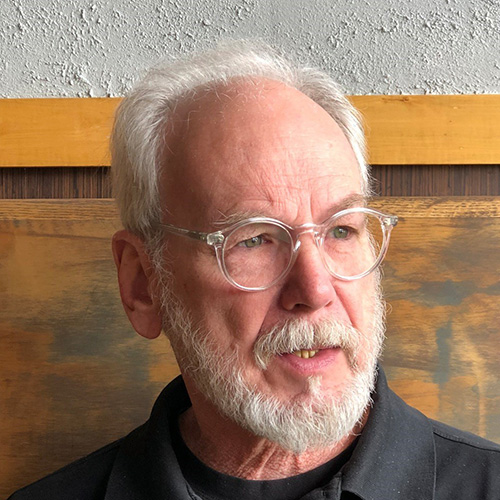 Richard Hoffman is the author of seven books, including the celebrated Half the House: a Memoir, recently published in a Twentieth-Anniversary Edition (New Rivers Press, 2015), and the memoir Love & Fury (Beacon Press, 2014). In addition to the collection Interference and Other Stories, he has published four volumes of poetry: Without Paradise; Gold Star Road, winner of the Barrow Street Pres Poetry Prize and the Sheila Motton Award from The New England Poetry Club; Emblem; and Noon until Night. His work, both prose and verse, has appeared regularly for the past forty years in such journals as AGNI, Barrow Street, Consequence, Harvard Review, The Hudson Review, The Literary Review, Poetry, Witness, and elsewhere. A former chair of PEN New England, he is senior writer in residence at Emerson College and adjunct assistant professor of creative writing at Columbia University. (updated 10/2018)