I am writing to complain about the quality of your Quikki-Vac, model number 248-BCI, specifically the power button which has a tendency to fall off. The first few times it happened I was able to jam it back into its groove, but once it absolutely refused to catch anymore, I just took to starting the thing up with a butter knife. Easy peasy. Except that when my son Mort saw me doing it he had a conniption. Are you crazy? This he says to me, his mother. You won’t be satisfied till you’ve electrocuted yourself, and I’ll be the one stuck having to scrape you off the linoleum. And then, as if he hadn’t already crossed a line with that mouth of his, he threated to confiscate it (the Quikki-Vac not the butter knife). Confiscate, that’s the word he used with me. Can you imagine? I had to swear I wouldn’t do it again. Cross my heart and hope to die. Kids! God only knows the point of having them in the first place.

I don’t suppose you receive many physical letters like this one nowadays. I am aware, of course, that a proper business letter is meant to be typewritten, not in longhand, but Mort sold my Underwood out from under me at that E-Bray place, so I am forced to fall back on the old-fashioned method. Don’t get me wrong. I know how to send an e-mail letter. I’m not the luddite my daughter accuses me of being. My great grand-daughter taught me how to do e-mail on her laptop. (This is Taylor I’m talking about, the one with the little weight problem.) Unfortunately, I don’t have a computer of my own, and even if I did, the power button would probably fall off so it’s just as well.

Taylor’s the one who tried to convince me to embrace e-mail. Why waste a stamp? she says to me. She’s got brass that one, lecturing me on household economy. Me, of all people! I’ll have you know that I lived through rationing before I came over here as a war bride, nothing to my name but a suitcase with two frocks and a bun in the oven. Coupons for this, coupons for that. Meat through the roof. Cigarettes like gold. Petrol a pipe dream. I’d like to see that girl survive without chocolate like we did. She’d go bonkers inside a month. Guaranteed. Mind you, the shortage would do her good. At least then all those juicy blackheads sprouting on her chin might wither on the vine.

Oh dear. You’ll have to excuse my rant. I don’t like you seeing the spiteful side of my character. It’s just that I get a bit worked up recalling those days, and maybe I do exaggerate just a bit. Let me confess something to you to set the record straight. It wasn’t entirely about doing without back then. The fact is, I was able to keep my sweet tooth well satisfied. A resourceful girl had her little ways of getting around imposed limits, if you get my drift.

So even if I don’t do e-mails and such, I pride myself on keeping up with modern technology. Don’t I watch my tapes on a VCR? Don’t I use the bank machine instead of queuing up for a teller? Mind you I haven’t used one of those ATMs lately. The last time I wanted to withdraw some cash the numbers on the keypad were a tad fuzzy. (This was before Dr. Zelber did the surgery on my first eye). It wasn’t a problem to me. I just turned around and asked the nice young man behind me in line to punch them in for me. He was more than happy to oblige. It’s just that ever since I told my son Newton how this good samaritan came to my rescue, I can’t seem to find the bank card in my wallet. I’ve turned the place upside down looking for it. Newtie’s doing my finances until it resurfaces. Just a temporary measure. He leaves some pin money in my wallet every week so I can pick up a few sundries in the little convenience store downstairs where they stock toilet paper and hearing aid batteries and whatnot. That’s where I buy the vinegar chips I have such a weakness for, the ones that send all those dratted crumbs flying so I end up having to clean the floor up with your defective Quikki-Vac. Yes, I know, I know. I should be avoiding salt. It makes my ankles swell up something fierce, but I’m counting on you not to lecture me. At my age I deserve a few indulgences, don’t you think?

My daughter-in-law Jan (Hennie’s wife this is), she thinks I’m too feeble to be doing the vacuuming. But just between you and me, when she gets me into one of my moods I could break that twit in half. Ma, Jan says to me, the woman will do that. Isn’t that what we pay her good money for? Then Little Miss Subtle starts in with the probing, What’s her name again? The woman who comes every week and cleans your apartment? I know she’s testing me, wanting to check if my memory has gone AWOL. I have the woman’s name on the tip of my tongue. It’s one of those -ine names. Corrine, Laurine, Justine. . .  If she’d just stop braying a minute I’d have it. Maxine? Well, let it go for now so we can get back to the subject at hand. Which was? Oh right. Cleaning up. I’ve always prided myself on keeping a tidy house. And on being independent. I run your little Quikki-Vac over the kitchen floor to get at the crumbs right away rather than wait for that woman to show up on her appointed day and shoo the accumulated mess from one corner of the kitchen to another with the broom.

Not that I eat all that often in the apartment. Just snacks and nibbles. For my sugar. Usually I take my meals downstairs in the main dining room, but the gaggle of women assigned to my table can be so infuriating, the way they’re always extolling their late husbands. I don’t join in the chorus, although I will say in fairness, that my Roy used to do all the vacuuming for me. It was the one household chore I could get him to tackle. That was before he took off with that tart from work. The one with the wall-eye. He didn’t make a perfect job of it, though. He’d only hoover the wide open spaces in the middle of a room. Maybe because he grew up in the Prairies. Never once went under the chesterfield or behind the credenza or in the crevices between the cushions. No surprise there. From my experience there’s only one crevice that men ever seem to pay any attention to. Roy lit out, what is it? Forty-four years ago come March the twenty-third. And Jan thinks I have a sieve for a brain. Ha! I never did marry again after that. Fool me once, like they say.

My old vacuum cleaner, now that was a machine. Solid, weighty. A man didn’t have to feel sissified pushing it around the house. It vroomed like a power mower and could suck up a cat. We bought it from a salesman who came by. Back then, that’s how it was done. He rang your bell in a suit and tie. And a hat of course. The Gregory Peck kind I mean—with a brim. In those days no gentleman went without one. Mr. Door-to-Door had a little bag of assorted dirt that he sprinkled on your carpet and then vacuumed up. You paid it out on the installment plan. We bought the kids’ World Books the same way. You settled the deal over a cuppa at the dining room table. Civilized, wouldn’t you agree? Now your Quikki-Vac is a mere pipsqueak of a thing by comparison. Our old carpet sweeper would have kicked sand in its face at the beach. We went out and bought it not even a year ago at the big-box store, as my niece calls it, and already the thing’s falling to bits. I picked it out from the display, so I guess the fault is mine. They pushed me through the aisles in a wheelchair. Not that I really need one normally. I wouldn’t want you to think you are corresponding with a cripple. I’m still steady on my pins. It’s just the distances that defeat me. It’s like shopping in an airplane hangar, and I’m not just pulling that comparison out of thin air, young man. I used to work in one during the war so I know whereof I speak.

Joyce! Hot damn! That’s it. I knew her name would come to me. Maybe I’m marching a beat behind, but I’m still a piper in the band. No excuse to chain me to the bed yet. You are communicating with someone in full possession of her faculties, just in case you might have been calculating you could pull a fast one on a client who’s older and vulnerable. By the way, I do have the guarantee which I enclose for your perusal. I found it the night before last in my freezer while I was getting the ice pack to set on my knee. (It’s the left one this time. The right one is still behaving since the surgery, knock wood). Unfortunately the date is illegible. Still, I know that you will agree that you owe me some compensatory action irrespective of the date. Your quality testers must have been high on drugs the day my Quikki-Vac rolled off the line. They may have let that lemon pass muster, but the buck stops with you as the saying goes.

I look forward to a reply at your earliest convenience. 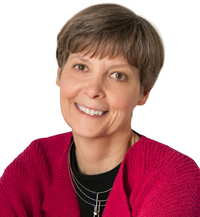 Phyllis Rudin lives in Montreal, Quebec. Her first novel, Evie the Baby and the Wife, a fictionalized account of the Vancouver to Ottawa Abortion Caravan, was published in 2014 by Inanna Publications. Her second novel, My True and Complete Adventures as a Half-Assed Voyageur, will be published in 2017 by NeWest Press. Her recent short stories have appeared in, among other journals, Massachusetts Review, Prairie Fire, and This Magazine. (updated 11/2015)