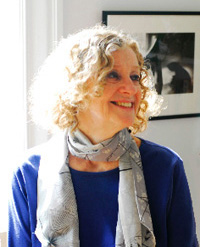 Kathleen Hill is the author, most recently, of the novel Who Occupies This House (TriQuarterly Books, Northwestern University Press, 2010), selected as an Editors’ Choice by The New York Times. Still Waters in Niger, an earlier novel, was named a notable book by The New York Times, The Los Angeles Times, and The Chicago Tribune, and nominated for the Dublin IMPAC Award. The French translation, Eaux tranquilles, was shortlisted for the Prix Femina Étranger. Her stories have appeared in The Best American Short Stories, The Pushcart Prize XXV, and The Pushcart Book of Short Stories. She teaches in the MFA program at Sarah Lawrence College. (updated 10/2012)